Two hundred children could die each day from hunger in northeastern Nigeria as a result of the ongoing conflict in the country, a humanitarian agency has warned.

Up to half of all children under the age of five are acutely malnourished, international charity Save the Children said on Monday, after screening the health of boys and girls in the region between June and October in 2016.

The figure could be even worse in areas that are out of reach because of insecurity, according to the report.

“Children are presenting in desperate conditions and facing severe malnutrition, often in combination with other life-threatening illnesses like pneumonia, malaria and diarrhoea,” said Ben Foot, Save the Children country director.

“For some cases this may be the second or third time they have fought malnutrition so their immune systems are already severely weakened.”

Violent attacks on civilians since 2009 by the armed group Boko Haram have affected almost 15 million people in northeastern Nigeria, according to the World Health Organization.

Zainabu Ibrahim, a mother of five severely malnourished children who escaped the clutches of Boko Haram three months ago, lives in a Bakassi camp, in Maiduguri, which is home to almost 21,000 other displaced people.

“Boko Haram fighters stopped us from farming. We were really living on wild fruits and leaves,” Ibrahim told Al Jazeera.

“When we came here months ago, six of us were registered as a family and were given two measures each of corn, rice and beans to take us through the month. We tried to convince them that won’t be enough but no one pays any attention.”

More than 2.2 million people have fled their homes in the region, while seven million people are estimated to be in need of humanitarian assistance, according to the WHO.

Boko Haram’s goal is to enforce a strict interpretation of Islamic law. Since 2009, at least 14,000 people have died at the hands of the armed group in Nigeria, Chad, Cameroon and Niger. 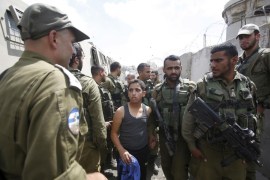 Human Rights Watch report finds an increasing number of children in conflict zones are being detained without charge. 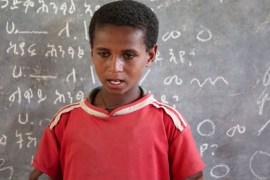 Angola tops the list worldwide with 157 of 1,000 children under age five dying annually from “preventable causes”.