Mexico is starting to seriously contemplate the possibility that millions of its people could be deported from the Unites States, and with some considerable concern.

Under proposals put forward by President-elect Donald Trump, Mexico could see millions of people streaming back with no jobs available; the country might lose some of the billions of dollars in remittances sent home annually; and some jobless deportees could swell the ranks of drug cartels, sparking more violence.

At least a million Guerrero residents live in the United States, many without proper documents, and the state is already reeling from drug gang violence, high unemployment and poverty.

“Of course Guerrero is not in any condition to receive the million or more than one million migrants” in the US, Governor Hector Astudillo of the southern state of Guerrero told the Associated Press news agency.

“On the contrary, they have been an important mainstay in supporting the economy of Guerrero.”

Migrant workers sent home almost $25bn in remittances to Mexico in 2015, and experts say most of that went to support the most basic needs of the poorest Mexicans.

Trump has suggested that he might somehow seize the funds of those immigrants who are not deported to pay for a border wall.

Even if Trump seems to be back-pedalling on the idea of mass deportations, the prospect remains frightening for people in Mexico.

On Sunday, Trump said in an interview on the news programme 60 Minutes that “what we are going to do is get the people that are criminal and have criminal records, gang members, drug dealers, a lot of these people – probably two million, it could be three million – and getting them out of our country.”

Central America’s violent gangs emerged in the 1980s when migrants who had fled El Salvador’s civil war were deported by the US after committing crimes as members of street gangs in Los Angeles.

The US government in 2012 estimated about 1.9 million immigrants were criminals and could face deportation. The Migration Policy Institute, a Washington think-tank, estimated 820,000 of those are in the US illegally.

Mike Vigil, former chief of international operations for the US Drug Enforcement Administration, said at least some deportees would probably embrace drug trafficking.

Even deporting only the felons would backfire by causing more violence in Mexico and Central America, he said.

“What’s going to happen is that these individuals are going to return back to Mexico and they have no jobs, so they are going to feed the ranks of the cartels there,” said Vigil.

“That would lead to more violence, kidnappings in Mexico, and these areas [of Central America], which would cause a tsunami of undocumented immigrants coming into the United States, probably much more so than what he could actually deport,” Vigil said.

There are cases of deported migrants assuming leadership positions in the region’s gangs, such as Martin Estrada Luna, a high school dropout from Washington state with a record of petty crimes such as burglary.

Two years after he was sent back to Mexico in 2009, he had transformed himself into a drug baron known as “El Kilo”, leader of a ruthless cell of the Zetas gang who masterminded the mass killings of more than 250 people.

While millions of migrants in the United States illegally could ultimately face deportation, the process to find and deport all of them probably won’t happen rapidly.

For immigrants with no criminal history, the wait for a judge’s final deportation order could take years. There are about 521,000 cases pending in federal immigration courts currently, according to public data obtained by Transactional Records Access Clearinghouse at Syracuse University. 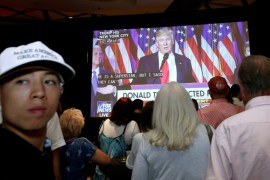 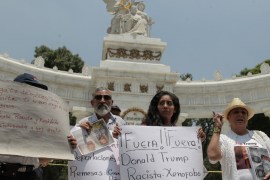