WikiLeaks founder Julian Assange has been questioned by prosecutors at the Ecuadorian embassy in London, in the latest twist in a long-running legal battle over a rape allegation against him.

Assange, who denies the accusation, has been holed up in the embassy for more than four years.

Swedish prosecutor Ingrid Isgren entered the embassy building shortly before 10:00 GMT on Monday and stayed in the building for more than four hours. The questioning was being led by an Ecuadorean prosecutor.

“The prosecutor [Insgren] did not say anything as she went in or went out, but we know now that she spent four hours in the building,” said Al Jazeera’s Emma Hayward, reporting from the Ecuadoran embassy in London.

“There was no word from Julian Assange about how that meeting went.”

Assange’s lawyer Per Samuelsson has said that the questioning, which has been delayed in the past because of diplomatic disagreements between Ecuador and Sweden, could last several days.

After UN & court findings condemning 6 years of abuses by Sweden against Assange, Sweden finally takes his statement for the first time ever

“I am very hopeful … Objectively, there is no doubt that everything happened as Assange said it did,” Samuelsson told Sweden’s TT news agency.

“Freedom Loving People of the World Say Thank You Ecuador!” read another banner hung under the balcony from which Assange has sometimes addressed supporters.

A Swedish police inspector was also expected to attend the questioning and investigators planned to take a DNA sample from Assange, subject to his agreement.

Assange, the creator of whistle-blowing website WikiLeaks, sought refuge in the Ecuadorian embassy in June 2012 after Swedish prosecutors issued a European arrest warrant against him, over allegations of rape and sexual assault filed by two women who met Assange during a 2010 trip to Sweden.

He denied the claims, saying they were politically motivated, and insisting his sexual encounters with the two women were consensual.

He has refused to travel to Sweden for questioning, fearing that he would be extradited to the United States over WikiLeaks’ release of 500,000 secret military files on the wars in Afghanistan and Iraq.

But they still want to question him about the 2010 rape allegation, which carries a 10-year statute of limitations.

It was the first time Assange has been interviewed over the matter since initial questioning by Swedish police at the time of the allegation.

Assange, speaking through his lawyer, has said that he welcomes the “chance to clear his name” and hopes the investigation will subsequently close.

In May, a Swedish court reaffirmed the arrest order , rejecting the finding of a United Nations working group that his confinement in the Ecuadorian embassy amounted to arbitrary detention . 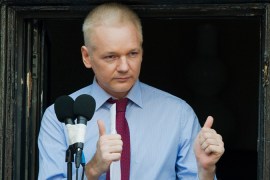 Even in the past, Sweden had “collaborated with its Washington allies” to violate human rights and international law. 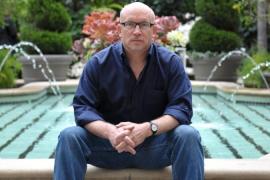