A Nigerian armed group said the continued presence of the army in the southern Niger Delta energy hub has undermined peace talks and prompted attacks on oil and gas facilities in the region.

The Niger Delta Avengers (NDA) spoke out days after the oil minister urged fighters to stop attacks following strikes on the Trans Forcados Pipeline, the most recent of which was claimed by the group.

Most of the armed opposition has adhered to a ceasefire in the past few weeks, while the government held talks with community leaders who, like the NDA, want a greater share of Nigeria’s energy wealth to go to the region that produces most of its oil.

“The Niger Delta Avengers cannot be blamed for the continuous bombing of crude oil export pipelines and other oil installations, since the government has been relentlessly carrying out military build-ups to continuously harass communities,” the group said on its website.

President Muhammadu Buhari sent army reinforcements in May to hunt down fighters, a move that stoked anger as residents complained of rape, looting, and arrests of youths unrelated to the armed group, charges denied by the military.

Earlier this month, Buhari met leaders from the region for the first time since the attacks began. They urged him to withdraw the army, order oil firms to move their headquarters there, and spend more on development to end the militancy.

Buhari, a former military ruler, responded by saying that he would “revisit the situation” in the Niger Delta once he had considered reports from armed forces chiefs. But armed groups, including the Niger Delta Avengers, have attacked oil facilities since the talks.

“The high command of the NDA is only reacting to government’s deliberate attempts to undermine the process to dialogue and negotiations,” it said in its statement.

“The path to sustain the cessation of hostilities in the region” could not be achieved “when there are clear cases of deliberate security surge by the Nigerian government”.

Attacks since the start of the year cut the OPEC member’s oil production by more than one-third in the summer.

But with attacks becoming less frequent in the past few months, the oil minister said output had recovered to 2.1 million barrels a day. That brought it roughly back to levels before the attacks began. 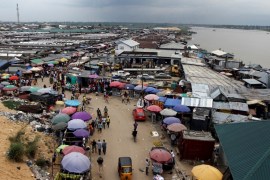 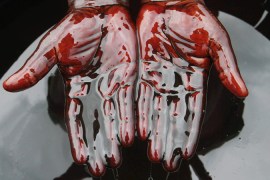 Shell must face up to its liabilities in the Niger Delta

The oil giant is responsible for cleaning the spills and leaks throughout Nigeria’s southern regions, a new report says.