British singer Sting reopened the Bataclan – the revered Paris concert hall – with a charity concert marking the first anniversary of the bloody attacks in Paris that killed 130 people.

Many survivors of the Bataclan assault, where some 90 people were killed, attended the concert on Saturday, the dominant event in a weekend of otherwise low-key commemorations.

“We will not forget them,” the British rock star Sting told the crowd in French after a minute’s silence. He began the emotionally charged concert with his song Fragile, singing: “Nothing comes from violence and nothing will.”

The Eagles of Death Metal, a rock band from the United States, was playing on stage when the legendary Bataclan concert hall was raided.

Islamic State of Iraq and the Levant (ISIL) claimed responsibility for the bloodbath – the worst of its kind in the history of France.

A year later, nine people out of the 400 wounded in the rampage are still in hospital.

Mohamed Amghar, a survivor of the Paris attacks, told Al Jazeera he could not understand what made the young Muslim men want to kill others.

“Killing yourself is against our religion. Killing in the name of God is against Islam. I don’t think we read the same book [as these attackers], because Quran is all about love. Killing others to go to paradise has no place in our religion,” Amghar said.

He worked as a security guard at the Stade de France, where a suicide bomber blew himself up after Amghar refused to let the attacker inside the stadium.

Sold out in minutes

The Bataclan said all 1,000 Sting tickets sold out in less than 30 minutes for the concert hall that has a 1,500-person capacity.

The families of those who died and survivors in the Bataclan were given tickets by organisers. Psychologists and counsellors will be on hand to offer support.

READ MORE: Fear and confusion in Paris after deadly attacks

While reopening the doors will mean reliving painful memories for many, Jules Frutos, who has co-run the venue for the last 12 years, told AFP news agency, “We had to go on after such horror and not leave a mausoleum, a tomb.”

On Sunday, President Francois Hollande and Paris Mayor Anne Hidalgo will unveil plaques to the victims outside the stadium, the Bataclan, and bars and restaurants targeted that night. 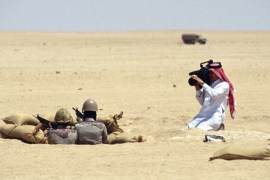 The Paris attacks did not take place

What we are witnessing today is a Baudrillardian global simulacrum of events that actually have never happened. 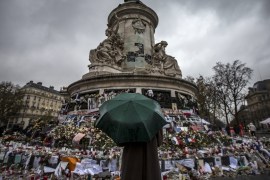 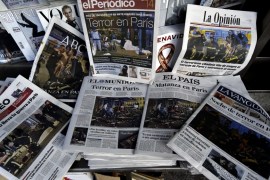