President-elect Donald Trump’s policies are likely to make it harder for developing nations to obtain the growing finance they need to combat climate change, threatening one pillar of a 2015 international agreement to slow global warming.

There is widespread unease about climate finance at the November 7-18 talks on climate change among almost 200 nations being held in Marrakesh, Morocco after Trump’s election victory.

“My only worry is the money,” said Tosi Mpanu Mpanu of Democratic Republic of Congo, who heads a group of the 48 least developed nations. “It’s worrying when you know that Trump is a climate change sceptic,” he told Reuters news agency.

Without extra money, they say they won’t be able to do so much. Trump, who has called man-made climate change a hoax, wants to cancel the Paris Agreement and halt any US taxpayer funds for UN global warming programmes.

If he follows through, that will threaten a collective pledge by wealthy nations in Paris to raise climate finance from both public and private sources from a combined $100bn a year promised for 2020.

Since Trump’s win, nations from China to Saudi Arabia have reaffirmed their support for the Paris Agreement’s goal of eliminating net greenhouse gas emissions sometime from 2050 to 2100.

Among the first casualties could be the Green Climate Fund (GCF), meant to help developing countries act. Rich nations promised the GCF $10bn in a first round of funding in 2014, including $3bn from the United States.

President Barack Obama’s administration has only made $500m available so far, and Trump may withhold the rest.

The collective 2020 goal of $100bn in climate finance was originally set at a summit in Copenhagen in 2009. Democrat Hillary Clinton, defeated by Trump, announced US support for the plan at the time as US secretary of state.

In the run-up to a Paris summit last year, the United Nations sometimes referred to climate finance as a “golden key” to unlock a global deal.

The Organisation for Economic Cooperation and Development has estimated that climate finance reached $62bn in 2014 and a report last month, before the US election, said the $100bn seemed in reach.

Many environmental groups say the flows are exaggerated.

Moroccan Environment Minister Hakima el-Haite said developing nations were most likely to suffer from a lack of funds to help them adapt to climate change, such as building sea walls or developing drought-resistant crops.

A shift from fossil fuels was more robust because falling prices of solar or wind power were making renewable energies competitive with coal or oil in many markets.

“This is not a business where we need to have funds,” she said of a shift to renewables.

According to the International Energy Agency, renewables accounted for a record 153 gigawatts of electricity capacity added worldwide in 2015, more than half of the world total. Cumulative installed renewable power capacity overtook coal for the first time last year, it said. 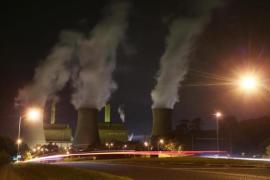