At least 130 people have been arrested across Egypt as calls for protests against poor economic conditions and rising prices went largely unheeded.

In the capital, Cairo, where riot police had been deployed in force in anticipation of Friday’s protests, some 39 alleged demonstrators were arrested.

Police also quickly scattered several dozen protesters who assembled in the port city of Suez, according to media reports.

There had been calls on social media by a group calling itself the Movement of the Poor for protests against rising prices and  President  Abdel Fattah el – Sisi.

Unlicensed protests had been banned in Egypt after the military overthrew President Mohamed Morsi in 2013 and launched a crackdown on his followers.

After months of a dollar crunch that caused a slump in imports, Egypt last week floated the pound, drastically depreciating its value. Inflation, currently at 14 percent, is expected to rise.

The government said the move, part of an austerity programme in tandem with a $12bn IMF loan, could no longer be postponed.

In a statement late on Friday, the IMF said it had approved the $12bn loan to Egypt and that and that the country’s Central Bank had received an initial tranche of $2.75bn.

Previous governments have been wary of such measures, fearing they could spark unrest.

Import-dependent Egypt has struggled to attract dollars and revive its economy since tourists and investors fled after the 2011 uprising that ended Hosni Mubarak’s 30-year rule. 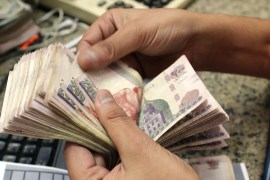 As Cairo devalues the pound to meet IMF demand for $12bn loan, many fear it could cause prices of basic goods to soar. 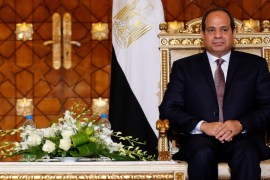