Al Jazeera, the Qatar-based television network that has changed the media landscape in the Middle East forever, is celebrating its 20th anniversary.

It has since expanded into a media network with several outlets, including the internet and news channels in multiple languages.

As one of the first Arab news channels, it soon became the most watched TV outlet in the Middle East and North Africa.

Its nonstop coverage of conflicts and uncensored talk shows were unprecedented in a region where government control of the media is widespread.

‘Voice of the voiceless’

Sheikh Hamad bin Thamer Al Thani, chairman of the board of Al Jazeera Media Network, said Al Jazeera has been reflecting “people’s hopes, revealed their pains and expressed their ambitions”.

“For 20 years, Al Jazeera stood by the side of people all over the world. It defended their right to knowledge and freedom of expression,” he said.

Mostefa Souag, Al Jazeera’s acting director general, echoed Al Thani’s statement, saying that Al Jazeera has made itself the “voice of the voiceless”.

“As it enters its third decade, Al Jazeera continues as a leading media organisation with its multiple channels broadcasting in different languages, attracting the attention of millions of loyal viewers who trust its credibility and admire its courage and commitment to them, [to being] always with the people,” he said.

But Al Jazeera’s journey has not been an easy one. Reporters have been killed covering war zones in Iraq, Syria and Libya, and its offices occasionally bombed or shut down in many countries.

The blows did little to deter Al Jazeera from covering news stories as they unfolded.

In 2010, Al Jazeera was one of the first news channels to cover a mass protest movement spreading across Tunisia, which would later spark a revolution in the Arab World.

The Arab Spring has become the highlight of Al Jazeera’s growing influence.

“Al Jazeera Arabic has changed the media landscape in the Middle East and North Africa, that is the Arab world in general and then, when it expanded into a network, I believe that it is changing the landscape of the world rebalancing the global media,” Souag said.

But Al Jazeera’s critical reports on the uprisings in Tunisia, Libya, Egypt, Yemen and Syria angered many governments.

Al Jazeera journalists were jailed in Egypt and many other reporters left their countries after receiving death threats.

Charlie Beckett, professor of journalism at the London School of Economics, said there have been negatives to Al Jazeera’s growing influence as well.

“There was a kind of backlash against them,” he said.

“They were seen as partisan and, of course, many of the reactionary regimes that have come back after the Arab Spring have made sure that they have got even more control over their own media.”

As Al Jazeera celebrates its 20th anniversary, the Arab world of 2016 bears little resemblance to the one that existed when Al Jazeera was launched.

Speaking from the network’s headquarters in Doha, Al Jazeera correspondent Hashem Ahelbarra, said: “This is where Al Jazeera aired its first news show … a moment many believe had a huge impact on the Arab world and changed the way international media cover the region.

“A legacy journalists here would like to maintain despite the growing influence of new platforms such as social media.” 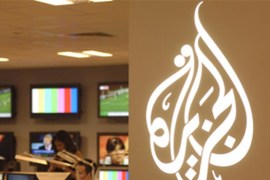 Network “shocked” by action and vows to continue coverage of events in the country. 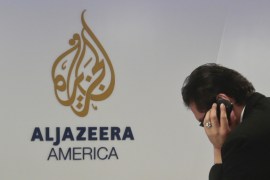