When will we know who will be called as America’s next president?

But, it depends how it goes. If huge numbers sway one way or another, the result will become clear earlier. Some say the result could be called while some ballots are still being cast.

Is the result official?

No. Counting every single vote could take several days.

So how is it decided?

Each network is under pressure to get it right with research teams. They use what are known as “decision desks”, which employ statisticians and pollsters to project the outcome.

Has a presidential election result ever be called incorrectly?

Yes. In 2000, when they blew a call on the Florida election results – twice. On the second occasion, they prematurely declared that George W Bush was the next president. 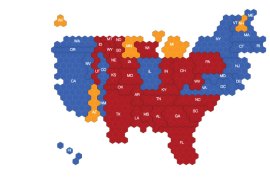 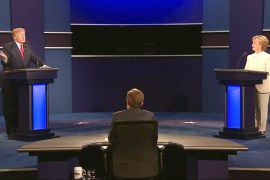 US election 2016: The end of a divisive race

As the election campaign nears its end, the winner could become the leader of a deeply divided country. 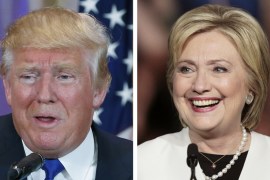