A lot can be gleaned from one’s tweets. And if those of the two main US presidential candidates were to be analysed, it would seem Democratic hopeful Hillary Clinton either wants America’s top job more than her Republican rival Donald Trump, or is worried she’ll lose out to him.

Over the past 24 hours, Clinton has tweeted many more times than Trump in an attempt to encourage people to vote for her.

One of her first election day messages to her 10.3 million followers read: “There’s no such thing as a vote that doesn’t count. Today, you can make a difference.” It received 8,700 retweets.

Here are some more tweets from the two top candidates:

Today in Florida, I pledged to stand with the people of Cuba and Venezuela in their fight against oppression- cont: https://t.co/8eELqk2wUw

We need your vote. Go to the POLLS! Let's continue this MOVEMENT! Find your poll location: https://t.co/VMUdvi1tx1 #ElectionDay #VoteTrump pic.twitter.com/9hdO88iLdE

In America, we build bridges, not walls.
Let’s go out and prove that love trumps hate.https://t.co/jfd3CXLD1s pic.twitter.com/VTl1jexKON 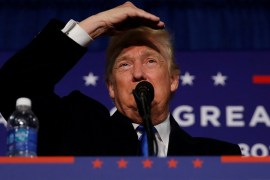 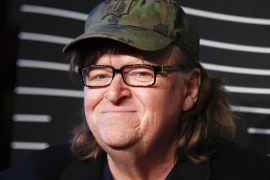