At least 74 civilians, including 25 children, have been killed in an eight-day rebel offensive on the government-held part of Aleppo city, the pro-opposition Syrian Observatory for Human Rights has said.

Opposition fighters have launched a protracted attack on the western edge of government-held Aleppo, aiming to break a months-long government siege on the rebel-held east of the city.

Al Jazeera could not independently verify the Observatory figures.

Opposition groups have come under increasing criticism for indiscriminate shelling of western Aleppo resulting in civilian deaths, including by the United Nations’ Special Envoy for Syria, Staffan de Mistura.

The Syrian Observatory, a Britain-based group which relies on informants in Syria to monitor the war, said on Saturday that, in the same period, it recorded three civilian deaths in rebel-held Aleppo districts.

A temporary Russian moratorium on air raids on the rebel side of Aleppo expired on Friday, and Russian and Syrian government air raids resumed in Aleppo province, outside the city, with at least 20 people reported killed near the towns of Darat Izza, Atareb and Abeen.

The United Nations said it was unable to deliver any aid to Aleppo during the “humanitarian pause” because of security concerns. 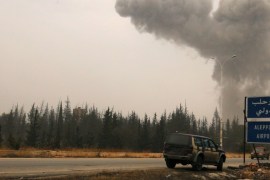 Russia says Syria peace talks are delayed indefinitely and accuses the West of failing to rein in violent rebels. 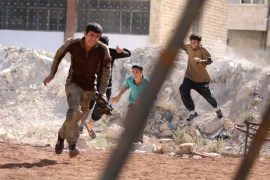 Rebel offensive to cross into city’s east eases as regime forces fight back, amid UN concern over civilian deaths. 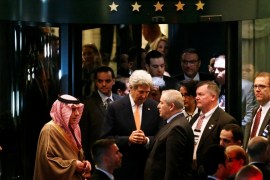 As US falters Russia becomes both judge and executioner in Syria.