Paris authorities began an operation early on Friday to clear more than 3,000 people from a makeshift refugee camp in the northeast of the French capital.

The operation to shut the sprawling tent encampment, near the Canal Saint-Martin under an overhead metro bridge in the Stalingrad district, was proceeding peacefully.

The people being forced to leave were mainly from Eritrea, Sudan and Afghanistan. Many of them had arrived in the capital from Calais after police dismantled the infamous “Jungle” camp there last week.

“You can also see here very young children, maybe two to three years old, and plenty of babies among the crowds, and mothers sitting on the pavement,” said Al Jazeera’s Natacha Butler, reporting from Paris.

“These refugees have been sleeping in extremely rough conditions. It’s very cold, the winter is closing in … there is some relief perhaps that at least they will have somewhere warm to sleep this evening.”

Officials gathered several hundred males shortly before 6am (0500GMT) behind a police line in a part of the camp housing Afghans.

The evacuation of 3,800 people from the Stalingrad area of the city was carried out by hundreds of police. The area around Stalingrad, a gritty multi-ethnic part of the capital, is a magnet for refugees arriving in Paris and police have repeatedly cleared camps there, only for them to spring back into life days later.

Buses were due to take them during the morning to accommodation centres around the greater Paris region of Ile-de-France.

‘I don’t know where we are going’

“We’ve heard from refugees who’ve said they are moved from shelter to shelter, often with very little information,” said Butler. “We’ve even spoken to a family that ended up back on the streets because they didn’t know where to go, and whether or not they can apply for asylum.”

READ MORE: Calais ‘jungle’ evacuation? Where will the people go?

The first bus arrived in Paris before dawn.

“I don’t know where we are going,” said Khalid, 28. “The important thing for me is to have my papers. I have been here in a tent for a month, it’s good to leave.”

The “Jungle” camp, at the northern port of Calais, had for years served as a jumping-off point for refugees attempting to stow away on lorries and trains bound across the Channel for Britain.

The Paris encampment has also been cleared twice in recent months, in July and September, and around 30 times overall.

But the tents have been spreading across the pavements again in recent weeks, with some 3,000 people sleeping there, according to sources close to the operation.

France has welcomed a fraction of the number of asylum seekers who have headed to Germany, which registered 890,000 refugees last year. France received 73,500 new requests in 2015, up 24 percent, according to interior ministry figures. Authorities have forecast 100,000 new requests this year. 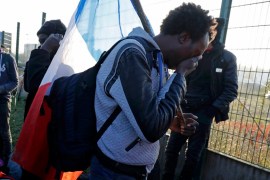 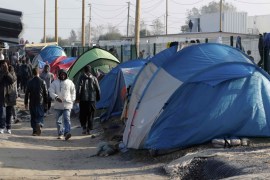 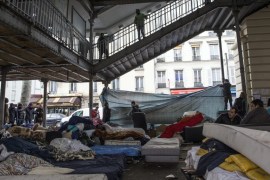