Kenya has deported a South Sudanese rebel spokesman – a registered refugee – back to his war-torn country where he could face detention and abuse at the hands of the Juba government.

Human rights groups and the United Nations on Friday called the move a breach of international law.

Kenyan government spokesman Eric Kiraithe told the Associated Press news agency that James Gatdet Dak, a spokesman for South Sudanese rebel leader Riek Machar, “became an inadmissible person, so we cancelled his visa and he was taken to his country of origin”.

UN refugee agency spokeswoman Cecile Pouilly said the agency was “deeply concerned” about Gatdet’s wellbeing, calling his forced removal a violation of international law. She also said the agency regrets that its interventions with Kenyan authorities to stop the “forced return” were unsuccessful.

The deportation on Thursday came amid a dispute between Kenya and the United Nations over the UN’s sacking of a Kenyan general in charge of a peacekeeping mission that failed to protect civilians during unrest in South Sudan earlier this year.

There is suspicion that Dak’s Facebook post expressing support for the firing of the general – who led UN forces accused of responding poorly to attacks that killed dozens of civilians in July – was a major cause for his forced return.

Kenya has responded angrily to the sacking, noting Lieutenant-General Johnson Mogoa Kimani Ondieki had been on the job for just three weeks when the July attacks occurred.

Nairobi has also announced it is withdrawing its 1,000 peacekeepers from South Sudan and pulling out of its peace process, in which it has played a key role as one of South Sudan’s neighbours.

WATCH: When will peace come to South Sudan?

According to a family member, who spoke to AP on condition of anonymity, Dak was arrested by South Sudanese national security officials when he landed in the capital, Juba.

“They tried to forcefully take [Dak] to the plane and he struggled and refused to go, and the pilot refused to take him,” the family member said of his departure from Kenya.

“I am very much concerned. In the first place, I don’t see a reason why he should be deported. He should have been taken to a different country.”

South Sudan’s Information Minister Michael Makuei said he had no knowledge of the whereabouts of Machar’s spokesman.

Machar, who fled South Sudan in July, had pleaded with Kenya’s deputy president not to deport Dak “due to profound fear for his life”. He also said he told Kenyan officials Dak was a refugee and said the UN refugee agency “made serious efforts” to reverse Kenya’s decision.

Human rights groups said the deportation of Dak was going too far, saying Kenya violated international law by deporting a registered refugee. Documents seen by AP show Dak was registered in Kenya as a refugee in August 2015.

“On top of this, he is now at risk of arbitrary detention and torture in the hands of South Sudanese government authorities,” said Elizabeth Deng, a South Sudan researcher at Amnesty International.

Gerry Simpson, senior refugee researcher at Human Rights Watch, said: “In colluding with South Sudan and deporting James Gatdet Dak, Kenya has exposed him to a serious risk of persecution … Kenya is steadily shredding any pretence of respect for its fundamental refugee protection obligations.”

South Sudan, the world’s youngest country, gained its independence from Sudan in 2011 and saw civil war break out in 2013 when government forces loyal to President Salva Kiir battled rebels led by his former vice president Machar.

Tens of thousands have been killed and more than two million displaced in the conflict.

Fighting continues in South Sudan amid ethnic tensions, despite a fragile peace deal to end the civil war. 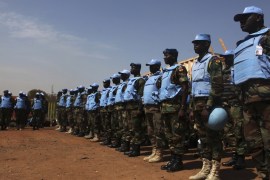 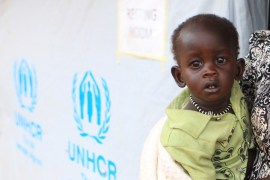 UN says most of those fleeing South Sudan are women and children, including survivors of violent attacks.