An overwhelming majority of voters in Ivory Coast have backed a new constitution in a weekend referendum that was boycotted by the opposition, according to provisional results announced by the electoral commission.

The results on Tuesday showed 93.42 percent of voters had supported the new charter.

The opposition had previously said that it believed only around 6 or 7 percent of voters took part.

The boycott meant there had been little doubt about the outcome and the focus was on turnout as the key measure of whether there was broad public support for the new constitution.

Before the vote, President Alassane Ouattara had said the new constitution would help end years of instability in the country.

But the proposed package alarmed opposition leaders and prompted accusations that Ouattara is trying to line up a successor for when his term ends in 2020.

Ouattara’s revised constitution would create a vice president picked by the president, and set up a senate, a third of whom would be nominated by the head of state.

It would also get rid of a contested clause on national identity that took effect in 2000. It stipulates that both parents of a presidential candidate must be born on Ivorian soil and not have sought nationality in another country.

The issue has previously contributed to of unrest in the country.

In recent years, Ivory Coast has made progress, and the International Monetary Fund says it will be Africa’s fastest-growing economy by the end of 2016. 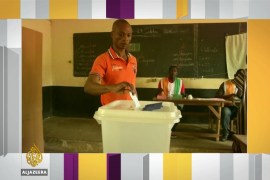 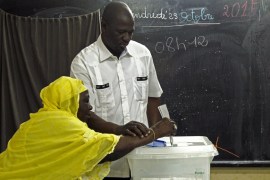 Presidential poll is closely watched by investors after decade-long political crisis that ended with civil war in 2011.