War-torn Yemen has been hit by a cholera outbreak, the United Nations has warned, saying it poses a further threat to children in the impoverished country.

“This outbreak adds to the misery of millions of children in Yemen,” Julien Harneis, the representative for the UN’s children agency (UNICEF) in the country, said in a statement on Friday.

“Children are at a particularly high risk if the current cholera outbreak is not urgently contained, especially since the health system in Yemen is crumbling as the conflict continues.”

The World Health Organization (WHO), citing Yemeni health ministry figures, said that eight cholera cases, mostly involving children, had been recorded in one neighbourhood of the rebel-held capital Sanaa.

They were being treated for extreme dehydration in an isolated section of the capital’s Al-Sabiine hospital, it said.

The WHO said the scarcity of drinkable water has worsened the hygiene situation in Yemen, causing a marked increase in cases of severe diarrhoea, in particular among people displaced from their homes in the centre of the country.

It said its team was working with doctors in Yemen to establish the cause of the outbreak and called on international donors to provide funding to work to improve the health situation there.

UNICEF said that cholera, a disease that is transmitted through contaminated drinking water and causes acute diarrhoea, could prove fatal in up to 15 percent of untreated cases.

The agency says nearly three million people in Yemen are in need of immediate food supplies, while 1.5 million children suffer from malnutrition, including 370,000 enduring very severe malnutrition that weakens their immune system.

The conflict between Yemen’s government and Iran-backed Houthi rebels escalated last year with the intervention of an Arab coalition in support of President Abd-Rabbu Mansour Hadi.

The UN says more than 6,700 people have been killed and more than three million displaced by fighting in Yemen since March 2015, when the coalition launched its campaign. 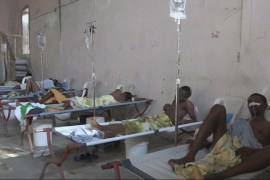 World body stops short of saying it caused the epidemic, but acknowledges role in crisis that has killed nearly 10,000. 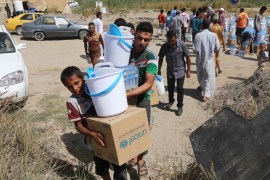 UNICEF and WHO collaborate in major bid to contain disease that risks spiralling in regional epidemic. 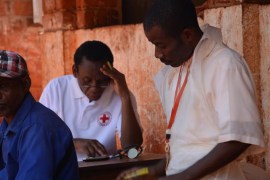 At least 222 are dead, while reported cases have risen to 14,303 since August as government battles to contain disease.