Efforts by Colombian President Juan Manuel Santos to end five decades of war in his country were recognised with the Nobel Peace Prize on Friday.

Santos was awarded the prestigious prize “for his resolute efforts to bring the country’s more than 50-year-long civil war to an end”, said Kaci Kullmann Five, chairwoman of the The Norwegian Nobel Committee.

“There is a real danger that the peace process will come to a halt and that civil war will flare up again. This makes it even more important that the parties, headed by President Santos and FARC guerrilla leader Rodrigo Londono, continue to respect the ceasefire,” she said.

In a televised address from the Colombian capital Bogota, Santos declared: “I infinitely appreciate this honorable distinction with all my heart.

“I receive it not in my name, but in the name of all Colombians, especially to the millions of victims left by this conflict that we have suffered for more than 50 years. Colombians, this prize is yours.”

Flanked by his wife Maria Clemencia Rodriguez, Santos called on his countrymen to support the peace process, “and start to construct a stable and long lasting peace.”

Following the committee’s announcement, FARC leader Londono, who was left out of the 2016 award, said that he only wants peace and not a Nobel prize.

“The only prize to which we aspire is that of peace with social justice for a Colombia without paramilitarism, without retaliation nor lies,” he wrote on his personal Twitter account after the award went only to Santos.

The Colombian civil war between the government and the Marxist Revolutionary Armed Forces of Colombia (FARC) has claimed more than 220,000 lives and displaced almost five million people during half a century of conflict.

On Sunday, slightly more than 50 percent of Colombian voters ticked “No” on their ballots which asked whether they supported the terms of the September 26 peace deal. Opponents of the deal believed the truce accord was too lenient on the rebels.

Al Jazeera’s Alessandro Rampietti, reporting from Colombia’s capital, Bogota, said the decision to award the prize to Santos would come as an unexpected but welcome result.

“I don’t think Colombians would have accepted” if the prize was jointly awarded to FARC rebels given the referendum result, Rampietti said.

“It works as an encouragement for peace … to encourage the entire process,” he added.

Al Jazeera’s Andrew Simmons, reporting from London, also described Santos’ win as “something of a surprise.

“It’s been decided by the judges that he has done a remarkable job in showing some light at the end of a long, very bloody, awful tunnel with this 52-year conflict with the leftist rebels of FARC,” said Simmons.

Santos won in a competitive year, with a record 376 candidates vying for the award.

Of the candidates, 228 were individuals and 148 were organisations. The previous record was set in 2014, with 278 nominations.

“I think it’s interesting that the committee has once again concentrated on a big leader. It was President Santos, not everybody involved in peace, that was awarded,” Mike Harris, head of 89up – an agency that advises NGOs – told Al Jazeera.

The US State Department considers FARC a foreign “terrorist” organisation.

“My personal favourite was The White Helmets, a grassroots group in Syria who are doing volunteer action on the ground in rebel-held areas,” added Harris.

Underlining the difficulty of predicting the winner, last year’s prize went to four Tunisian groups who were instrumental in the country’s transition to democracy – none of whom had been mentioned in any of the pre-announcement speculation. 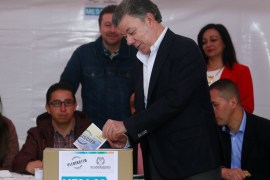 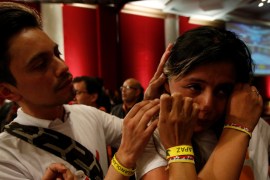 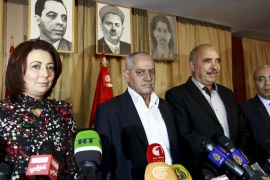