A Myanmar court has sentenced a Dutch tourist to three months in prison for interfering with a religious observance by unplugging an amplifier blasting a late-night Buddhist sermon near his hotel in Mandalay, the country’s cultural capital.

Klaas Haytema, 30, was also sentenced on Thursday to an additional six-month prison term for violating immigration rules requiring respect for the local culture, but has opted to pay the equivalent fine of $80, according to the Myanmar Times.

Haytema and his girlfriend embraced and wept as he left the courtroom after his sentence was announced, according to the Associated Press news agency.

Haytema was arrested in late September after a crowd gathered around his hotel in protest when the loudspeakers at a nearby religious hall were turned off.

The man who was reciting the sermon pressed charges against Haytema.

Insulting religion in the predominantly Buddhist country could have landed Haytema up to two years in prison.

At the hearing of his case Haytema was quoted as telling the judge, “I did not do it with intention. I didn’t know it was a religious building. So, I am not guilty.”

According to the Myanmar Times report, three witnesses also told the judge that it was Haytema’s first trip to Asia, and that he was unaware of the rules and Buddhist practices.

‘Ignorance of law not an excuse’

Earlier, Haytema had said that he was “too tired” and “wanted to sleep desperately” on the night of the incident.

When he went outside the hotel to check the source of the noise, Haytema said that he saw children and had assumed that they were playing with the loudspeaker.

“I did not notice that it was a religious building. I am really sorry and I really apologise.”

The report also said that Haytema entered the Buddhist centre without first removing his shoes.

In response, Prosecutor U Sithu Swe Tun said that “ignorance of the law is no excuse” for Haytema.

However, another lawyer interviewed by The New York Times said that it was the Buddhist centre that violated the law, which prohibits the playing of loudspeaker between 9pm and 6am.

Dutch Broadcast Foundation, also known as NOS in Dutch, reported that Haytema was “disappointed at the sentence and hoped to get off with a fine.

“He has gone back to his cell and the conditions are fairly reasonable if you think about their reputation,” NOS correspondent Michel Maas was quoted as saying.

“He shares a cell with other prisoners, has a mattress and mosquito net and gets good food and enough to drink.”

In late 2014, a New Zealand man and two locals were charged and later sentenced to two years in prison after posting on social media an image of the Buddha wearing headphones to promote a Western bar. Phillip Blackwood was released this year after he was granted amnesty. 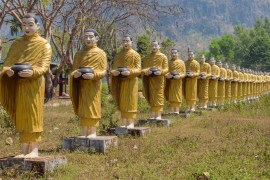 As religious conflict intensifies in Myanmar, atheists hide their lack of belief behind secret groups. 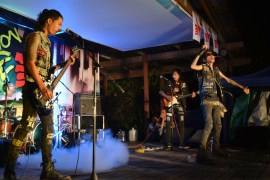 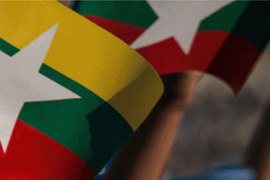