A US-led coalition air strike has killed a senior leader of Jabhat Fateh al-Sham, the former Syrian branch of al-Qaeda, the group has announced, shortly after the Pentagon said it targeted him near Idlib.

Ahmed Salama Mabrouk, an Egyptian also known as Abu Faraj, “was martyred after a coalition air strike in the west of Idlib province”, Jabhat Fateh al-Sham said in a statement on Monday on the Telegram app.

Pentagon spokesman Peter Cook confirmed that a US strike near Idlib had targeted Mabrouk, describing him as “one of al-Qaeda in Syria’s most senior leaders and a legacy al-Qaeda terrorist who previously had ties to Osama bin Laden”.

However, officials are “still assessing the results” to determine whether he had in fact been killed in the air raid, Cook said in a statement.

Born in 1956 in the suburbs of Cairo, Mabrouk was known as a veteran al-Qaeda leader, and a commander of Jabhat Fateh al-Sham, the group formerly known as al-Nusra Front that changed its name after cutting ties with al-Qaeda in July.

The Pentagon spokesman said that Mabrouk’s “death, if confirmed, would disrupt and degrade coordination among senior AQ leaders and extremists”.

“The United States military will continue to target al-Qaeda leaders to disrupt their operations and counter the threat posed by this terrorist group,” he said.

Jabhat Fateh al-Sham split in July from al-Qaeda, a move analysts said was aimed at easing pressure from both Russia and the United States.

However, US military officials do not consider the group to have truly broken with the Osama bin Laden-founded group.

“We are aware of al-Nusra’s announced name change. The individuals that are there are still Nusra to us,” Pentagon spokesman Navy Captain Jeff Davis said. 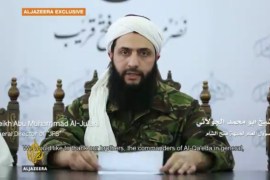 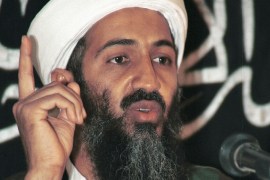 Five years on: The world without Bin Laden

The trail of Bin Laden’s legacy has been long and overwhelming.