Australia’s wettest spring on record has now developed into the wettest start to October for nearly a century in some areas.

The latest spell of heavy rain caused more damage in South Australia on Tuesday, just a week after the entire state suffered a power outage.

Floodwaters in the Adelaide Hills damaged homes, while strong winds caused trees to be uprooted.

The nation’s capital, Canberra, was also hit: The State Emergency Service issued thunderstorm warnings as a wind gust of 96 kilometres per hour was reported.

Power was out in several suburbs, and dozens of large trees were blown over.

The strong cold front responsible is now moving across the southeast of the country.

Warnings are in force in New South Wales, South Australia, Victoria and Tasmania for the risk of damaging winds gusting in excess of 100km/h.

The winds should ease for a time during Wednesday, but a gusty southwesterly wind will still feed a few squally showers in from the Great Australian Bight. 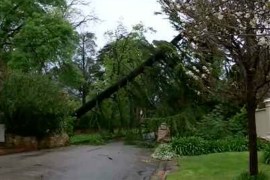 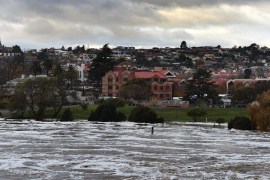