Iraqi Shia militia groups have launched an operation to retake the town of Tal Afar from ISIL and cut the armed groups’s supply lines from Mosul to Syria, a spokesman said.

Forces from the Popular Mobilisation Units, a paramilitary umbrella organisation dominated by Iran-backed Shia militias, had largely been on the sidelines since the operation to retake Mosul from the Islamic State of Iraq and the Levant (ISIL, also known as ISIS) group was launched almost two weeks ago.

“The operation aims to cut supplies between Mosul and [ISIL’s de facto capital of] Raqqa, and tighten the siege of [ISIL] in Mosul and liberate Tal Afar,” militia spokesman Ahmed al-Asadi was quoted by the AFP news agency as saying.

Asadi said the operation, which began on Saturday, aimed to retake the towns of Hatra and Tal Abta, as well as Tal Afar.

The operation could bring the fighting perilously close to the ancient city of Hatra, northeast of the town of the same name, a UNESCO world heritage site that has already been vandalised by ISIL.

The involvement of Shia militia groups in the Mosul operation has been a source of contention.

Rights groups have accused them in the past of committing atrocities when entering Sunni-majority towns, although some of the top militia commanders insist they do not plan to enter the largely Sunni Muslim city of Mosul.

Iraqi Kurds and Sunni Arab politicians have opposed their involvement, as has Turkey, which has a military presence east of Mosul despite repeated demands by Baghdad for the forces to be withdrawn.

On Saturday, Turkish President Recep Tayyip Erdogan assured that Turkey “would not look favourably” on an attack by the militia groups on Tal Afar.

The president also warned them against attacking Turkmen residents of Tal Afar during their offensive.

“If the Hashed al-Shaabi [Arabic term for Popular Mobilisation Units] sow terror there, then our response will be different,” Erdogan said, in comments carried by the state-run Anadolu news agency, without specifying what measures would be taken.

Tal Afar was a Shia-majority town of mostly ethnic Turkmen before ISIL overran it in 2014.

Relations between the militias and the US-led coalition fighting ISIL are also tense, but they do enjoy support among Iraq’s Shia Muslim majority.

Michael Pregent, Middle East analyst and a former US intelligence officer who served in Iraq, told Al Jazeera the militias’ move was not sanctioned by Iraq’s government.

He said the hope by Baghdad and Washington was that ISIL would use the western route to flee Mosul for a “final battle” later in its Syrian bastion of Raqqa.

“The Shia militias are operating outside the control of the Iraqi government. They’re not responsive to US requests not to participate,” said Pregent.

“The military operation wasn’t to encircle Mosul, it was to force ISIL out into Syria. The Shia militias are blocking that now. It sounds like a good military tactic but it’s not synced, it’s not coordinated. And the Shia militias remain a wildcard, based on what they’ve done in Ramadi and Fallujah.”

Many of the militias – considered to be backed by Iran – were originally formed after the 2003 United States-led invasion to fight US forces as well as Sunni fighters. They were mobilised again, and endorsed by the government, when ISIL swept through northern and central Iraq in 2014, capturing Mosul and other key towns and cities. 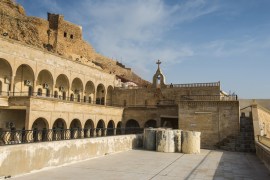 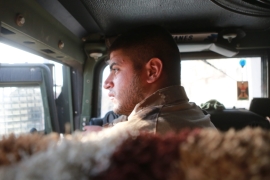