Australia on Sunday announced plans to ratchet up its tough policy against refugees by banning any asylum seeker who attempts to reach its shores by boat from ever visiting the country.

A previous government introduced a policy on July 19, 2013, banning refugees who arrive by boat from Indonesian ports after that date from ever being resettled in Australia.

Under legislation to be introduced to parliament next week, thousands of asylum seekers who have returned to their homelands in the Middle East, Africa and Asia would be banned for life from ever travelling to Australia as tourists, to do business or as an Australian’s spouse, Prime Minister Malcolm Turnbull said.

“You need the clearest of clear messages,” Turnbull told reporters.
“This is a battle of will between the Australian people, represented by their government, and these criminal gangs of people-smugglers. You should not underestimate the scale of the threat.”

“One prominent human rights lawyer in Australia has already condemned these proposed new laws as introducing a lifelong sentence on victims of persecution and another dangerous precedent,” said Thomas.

“But for Malcolm Turnbull this is as much about domestic politics as anything else. He needs to get this legislation through a Senate in Australia which he does not control. He would need the support of minor parties or the Labor opposition to get this through.”

Australia has paid the poor Pacific nations of Nauru and Papua New Guinea to keep asylum seekers in camps since the 2013 policy came into force.

Graham Thom, refugee coordinator for Amnesty International in Australia, told Al Jazeera that the new law would be an “extraordinary measure”.

“They can already stop people from coming here – and that is their stated policy. So this is really just a punitive approach from the government, trying to send signals, many of them domestic as well as international,” said Thom.

“It’s going to have a real consequence for those on Nauru at the moment. We know those people are suffering. Their mental health decline is just endemic at the moment, self-harm is very chronic,” he said.

READ MORE: Nauru’s detention centre – ‘Many of us think of suicide’

Thom also added that the new law is unlikely to act as a deterrent to those who hope to enter Australia irregularly.

“All it’s going to do is harm the mental health of those already in Nauru,” said Thom.

The new policy would apply to all asylum seekers who have attempted to reach Australia since July 19, 2013.

Immigration Minister Peter Dutton said asylum seeker children would be exempt from the visa ban and he would have discretion to make exceptions for adults in cases where to do so was in the public interest.

Daniel Webb, director of legal advocacy at the Human Rights Law Center, said the change would permanently separate families and “entrench the limbo” for asylum seekers and refugees on Nauru and Papua New Guinea.

More than 51,000 asylum seekers arrived in Australian waters by boat during the six years the former centre-left Labor Party government was in power from 2007 until 2013. More than 20,000 arrived in 2013.

No boat smuggling operation has succeeded in delivering asylum seekers to Australia since July 2014 under Turnbull’s Conservative government. But human rights groups have accused Australia of abrogating its responsibilities to refugees as a signatory to the United Nations Refugee Convention.

Labor spokesman Brendan O’Connor said the opposition would have to read the legislation before deciding whether it would support it in the Senate, where the government does not hold a majority of seats.

“With any legislation you want to look at it, see whether in fact it is fair and reasonable and is consistent with our own commitments internationally,” O’Connor told Sky News Television. 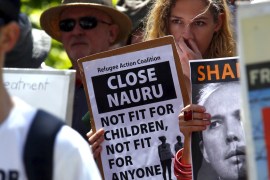 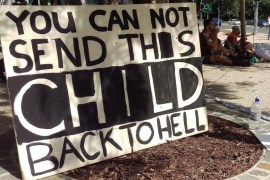 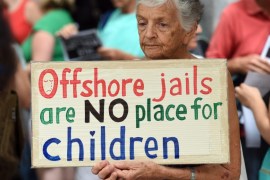