The World Bank has been accused by a rights advocacy group of indirectly financing a boom in coal-fired power in Asia despite commitments to cut funding towards the sector.

Coal power plants, which cause detrimental air pollution and and contribute to deforestation, are spreading from Bangladesh to the Philippines with funding provided by financial intermediaries supported by the World Bank, said a report by Inclusive Development International (IDI) on Monday.

In 2013, the Bank said it would end virtually all support for the creation of coal-burning power plants, supporting them only in “rare circumstances” where there are no viable alternatives.

However, according to the IDI’s report, since the pledge, 41 coal projects have received funding from banks and investment funds supported by the World Bank’s private-sector arm, the International Finance Corporation (IFC).

The report identified 56,127 megawatts of new coal capacity funded indirectly by the IFC.

These included the planned 1,360-megawatt Rampal power station in Bangladesh, to be situated on the edge of the sprawling Sundarbans mangrove forest, which is home to endangered species and supports the livelihoods of two million people.

The report also cited power construction in the Philippines, where coal burning is estimated to result in almost a thousand premature deaths annually and where more than 30 environmental activists were killed in 2015 alone.

IFC-financed banks have supported at least 20 new coal projects since 2013 in the Philippines.

They include the proposed 540-megawatt Lanao Kauswagan power station, which is expected to begin operations next year and may threaten marine life in nearby Panguil Bay and the livelihoods of fishing communities, Inclusive Development International said.

“While the IFC has tried to distance itself from the projects funded by its intermediaries, the fact is that these banks are brazenly disregarding the IFC’s environmental and social requirements,” David Pred, IDI’s managing director, said in a statement.

In response to questions from the AFP news agency, Frederick Jones, an IFC spokesman, said the global lender took the report seriously.

“It raises important long-term questions about how we need to create stronger markets for clean energy and create incentives for countries and the private sector not to invest in coal, but rather in renewable energy,” he said.

WATCH: The World Bank has an accountability problem

Jones added that since 2005 the IFC had already invested more than $15bn in renewable energy, energy efficiency and other areas, and had mobilised $10bn more.

However, Jones conceded that IFC policy did not prohibit equity clients from funding coal plants, meaning the institution might be indirectly exposed to the industry.

The report’s release coincided with the start of this week’s high-profile annual meetings of the Bank and the International Monetary Fund, as the world’s finance chiefs gather to discuss efforts at poverty reduction. 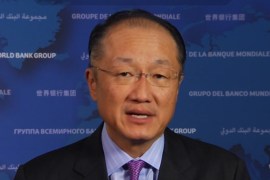 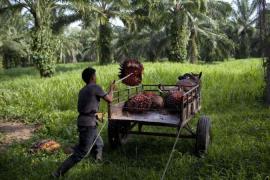 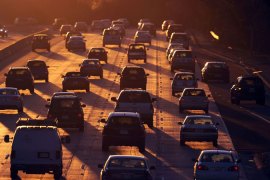 WHO: Air pollution leading cause of cancer