Twin suicide bombings by suspected Boko Haram fighters have killed at least nine people in the northeastern Nigerian city of Maiduguri, officials and witnesses said. One of the attackers was reportedly a woman.

“Nine persons lost their lives with 24 persons injured and evacuated to various hospitals,” NEMA said in a statement posted on Twitter.

“A suspected female suicide bomber ran into a group of men and women at the entrance while they were coming out of the camp, killing five men and injuring 11 women,” said a statement from military spokesman Colonel Mustapha Anka.

Batta said a second blast came about half an hour later about a kilometre away when a tricycle taxi carrying at least two people exploded.

There was no immediate claim of responsibility, but the attacks bore the hallmarks of the Boko Haram group.

WATCH: INSIDE STORY – Can Boko Haram be defeated?

Al Jazeera’s Ahmed Idris, reporting from the capital, Abuja, said the attacks raised fears that the group is making a comeback after recent military successes against it in the north.

“We’ve seen over the last 10 months or so how the regional forces – troops from Nigeria, Cameroon, Chad, and Benin Republic – have been able to curtail most of Boko Haram activity. These two attacks today underline the fact that Boko Haram is announcing they still remain a serious threat, not only to Nigeria but its neighbours as well,” Idris said.

Boko Haram, which seeks to create a state adhering to Islamic laws in northeastern Nigeria, has stepped up attacks in the country after a months-long lull caused by a leadership struggle in the organisation.

Boko Haram’s seven-year fight against the Nigerian government has killed about 20,000 people and displaced more than two million others.

The group pledged allegiance to the Islamic State of Iraq and the Levant (ISIL, also known as ISIS) in March 2015. 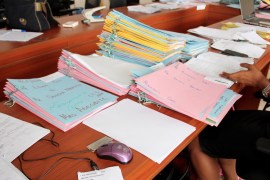 A new type of justice for Nigeria

In a country where court cases often last 10 years and many suspects languish in jails, could mediation be a solution? 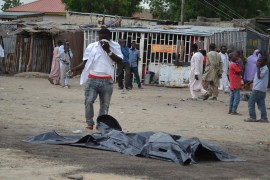 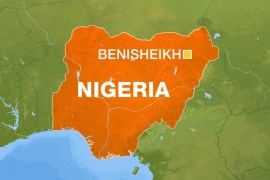