Pakistan’s Information Minister Pervaiz Rashid has been removed from office over a newspaper leak that sparked a rift between the army and government earlier this month.

“Evidence available so far points to a lapse on the part of the information minister, who has been directed to step down from office to enable holding of an independent and detailed inquiry,” a statement from the prime minister’s office said on Saturday.

The inquiry is seeking to identify the source of an article by the English-language Dawn newspaper, published on October 6. It gave an account of a tense meeting between military and civilian officials on tackling militancy.

The article, written by investigative journalist Cyril Almeida, reported that some people in the government had complained at the meeting that they were being asked to do more to crack down on armed groups – yet whenever law enforcement agencies took action, “the security establishment … worked behind the scenes to set the arrested free”.

Government and diplomatic sources say the article soured relations between Pakistani Prime Minister Nawaz Sharif’s ruling PML-N party and the military, with army officials blaming PML-N for the leak and demanding that the source be punished.

Relations between the civilian government and military have often been strained in a country where several prime ministers, including Sharif himself, have been ousted in coups.

Quoting anonymous sources, the Dawn story said civilian officials called for the military not to interfere if authorities tried to arrest members of anti-India groups, such as Jaish-e Mohammad and Lashkar-e-Taiba.

India has long accused Pakistan’s military of sponsoring these groups to foment unrest in Indian-administered Kashmir and elsewhere, a charge that Pakistan denies.

The prime minister’s office has repeatedly rejected the article as inaccurate and the journalist who wrote it was at one point temporarily barred from leaving the country.

On Saturday, the prime minister’s office said the article was “planted” and termed it a “breach of national security”.

Dawn newspaper editors have stood by the story and its author.

The committee being set up to investigate the leak includes senior officers from the Inter-Services Intelligence (ISI), the most powerful intelligence agency in Pakistan.

The military on Friday said top PML-N leaders – including the finance minister, interior minister, and Sharif’s brother – met army chief Raheel Sharif, unrelated to the prime minister, to discuss the newspaper leak. The head of ISI was also present. 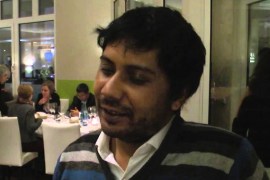 Travel ban lifted on journalist who wrote a story about civilian-military rift over secret support for armed groups.