The world’s biggest marine park is to be be created in the Antarctic Ocean, covering a massive 1.55 million sq km, after a “momentous” agreement was finally reached by 24 countries and the EU.

The deal, sealed on Friday in Hobart, Australia, after years of negotiations and with Russia dropping its long-held opposition, will see a massive US and New Zealand-backed marine protected area established in the Ross Sea.

The Commission for the Conservation of Antarctic Marine Living Resources said the Ross Sea marine park would be protected from commercial fishing for 35 years.

The marine park will cover an area roughly the size of Britain, Germany and France combined – of which 1.12 million sq km will be a no-fishing zone.

The sanctuary will cover more than 12 percent of the Southern Ocean, which is home to more than 10,000 species including most of the world’s penguins, whales, seabirds, colossal squid and Antarctic tooth fish.

Scientists and activists described the agreement as a historic milestone in global efforts to protect marine diversity.

“The Ross Sea Region MPA will safeguard one of the last unspoiled ocean wilderness areas on the planet – home to unparalleled marine biodiversity and thriving communities of penguins, seals, whales, seabirds, and fish,” US Secretary of State John Kerry said in a statement, referring to the marine park authority.

Moscow was the last government opposing the move, largely due to concerns over fishing rights, after China offered its support last year.

Antarctica is the part of the world least touched by people. Its isolation also makes it an excellent place for research.

“It is one of the last places on earth that has an entire eco-system intact, including its top predators,” Andrea Kavanagh of the PEW Charitable Trust told Al Jazeera.

“Therefore, scientists are able to use that as a baseline to look at how healthy ecosystems are affected by climate change.”

Scientists said the marine park would also allow a greater understanding of the effect of climate change.

Russia agreed to the proposal, after blocking conservation proposals on five previous occasions.

The 25-member commission, which includes Russia, China, the US and the EU, requires unanimous support for decisions.

“They all have diverse economic, political interests and to get them all to align – especially in the context of divergent economic interests – is quite a challenge,” Evan Bloom, director at the US Department of State and leader of the US delegation, told the Reuters news agency.

While the Ross Sea plan got the go-ahead, time ran out at the meeting to reach agreement on a second proposed protected area – the Australia and France-led East Antarctica sanctuary covering another 1 million sq km zone.

A third German-proposed plan is also in the works to protect the Weddell Sea, which extends from the southeast of South America over an area of some 2.8 million sq km. 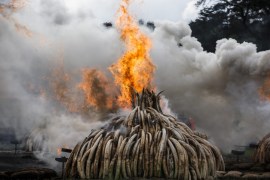 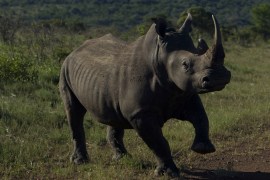 Who is gaining from illegal wildlife trade?

UN says virtually every country in the world plays a role either as a source, transit or destination for the trade.