Correction28 Oct 2016
The original version of this story cited Human Rights Watch as the source for 1,200 deaths by Kenyan police over the last five years. That was incorrect. The source for this figure is the Independent Medico-Legal Unit.

Kenyan police have been accused of more than 1,200 shooting deaths over the past five years amid calls for the government to investigate extrajudicial killings and disappearances.

Only one police officer in Kenya has been successfully prosecuted and imprisoned for an unlawful killing in the past three years, according to the local group Independent Medico-Legal Unit, which monitors police violence.

New York-based Human Rights Watch has also highlighted that at least 34 people were forcibly disappeared in counterterrorism operations during the past two years and urged the government to investigate.

The Daily Nation, one of Kenya’s top-selling newspapers, published the country’s first comprehensive database detailing hundreds of such alleged killings in the past two years.

It hoped the database covering 262 killings since the beginning of 2015 would help policymakers tackle police impunity.

Kenya’s struggle to track such killings has many parallels with the US, the paper’s data editor Dorothy Otieno said earlier in October when the database was published.

In both countries, the lack of official information about police killings prompted the national media to begin compiling their own statistics, she said.

Peter Kiama – executive director of Independent Medico-Legal Unit, which monitors police killings – highlighted a report that showed police were responsible for 1,254 gun-related deaths between 2009 and 2013.

“Denial doesn’t help. They need to acknowledge there is a serious crisis in the police service with regard to misuse of firearms and in the majority of cases no investigation is done,” Kiama told Al Jazeera.

“What we find is very high levels of cover-up within the police service.”

The Kenyan Police Service refused to speak to Al Jazeera, but issued a statement on Twitter saying it “strongly rejects accusations on alleged police killings peddled by some media houses”.

Mutuma Ruteere, director of the Centre for Human Rights and Policy Studies in Kenya, told Reuters news agency it was rare for police to face punishment.

“There’s a large number of people who get killed [by the police] but get buried anonymously. Nothing is done. Over time, that becomes a cancer and a virus within the police,” he said.

In June, hundreds of Kenyans demonstrated after human rights lawyer Willie Kimani, his client and their driver were shot dead after suing the police over a shooting. 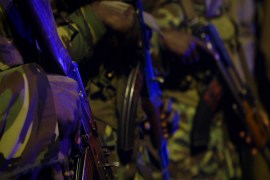 The trap of insecurity: Extrajudicial killings in Kenya

Kenya’s failed security policies have led to a string of extrajudicial killings in the past decades. 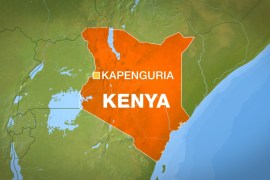 Deaths reported after a police officer opens fire on fellow officers at a Kapenguria police station in western Kenya.