The US has charged 61 people and entities with taking part in a scam involving India-based call centres where agents impersonated American officials and demanded payments for nonexistent debt.

Twenty people were arrested in the United States on Thursday, while 32 individuals and five call centres in India have been charged, the Justice Department said.

US Assistant Attorney General Leslie Caldwell said at a news conference that the United States would be seeking the extradition of those based in India and warned others engaged in similar schemes.

“It’s really important for the scammers in India to know that the United States is looking at this, is watching them and they could, if they engage in that activity, be extradited to the US and could sit in jail … for several years,” she said.

According to the indictment, operators of the call centres in Ahmedabad, in the Indian state of Gujarat, “threatened potential victims with arrest, imprisonment, fines or deportation if they did not pay taxes or penalties to the government”.

The indictment outlines a complex web of criminal actors, each with a different role in the conspiracy.

Callers posing as officials with the Internal Revenue Service and US Immigration and Customs Enforcement would tell unsuspecting victims on the other end that they had failed to pay taxes they owed, or that they were at risk of deportation, and a fast payment was needed to get them out of trouble.

The names and personal information of the potential targets were purchased through data brokers. “Runners” would then be responsible for retrieving the payments of the scammed funds and then depositing them in bank accounts.

Though the calls would seem to be obviously bogus, officials say savvy and successful individuals have been duped, too. The callers would use information about their victims they learned through the internet to present a facade of authenticity, and the number that appeared on a caller ID seemed to come from a legitimate US government agency.

Among the victims: an elderly San Diego woman who forked out $12,300 after she was threatened with arrest if she didn’t pay a penalty for fictitious tax violations.

And when a Colorado man did not respond to repeated demands that he pay supposed back taxes, scammers posing as him called the 911 emergency hotline and said he was armed and eager to kill police officers – prompting law enforcement officers to surround him at home.

“The scammers in this case and so many like it are convincing. They are menacing and they are ruthless in their pursuit of their victims,” said official Bruce Foucart.

“They convey authority that leaves their victims terrified.” 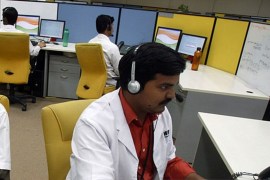 About $36.5m was stolen after US citizens duped into sending money to swindlers in Mumbai posing as US tax officials. 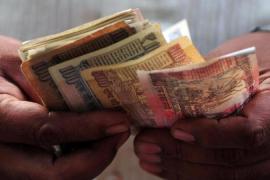