A human rights committee in Pakistan’s upper house of parliament has urged the government to halt the execution of a man diagnosed with schizophrenia that is planned for next week.

Politician Farhatullah Babar said the committee will seek a pardon from President Mamnoon Hussain for 50-year-old Imdad Ali, a convicted killer who was diagnosed with the disease in 2008.

Ali has been on death row since he was convicted in 2001 of murdering a religious scholar. He is to be executed on Wednesday.

Babar said the committee was taking action because two Pakistani brothers were “wrongfully hanged” last year while their appeals were still pending.

Ali’s lawyers argue he should not be executed because he is unable to understand his crime, and doing so would violate the International Covenant on Civil and Political Rights, a UN treaty to which Pakistan is a signatory.

“Imdad’s death will serve no retributive purpose as he remains completely unaware of this reality,” said defence lawyer Sarah Belal in an emailed statement.

A government psychiatrist told Reuters news agency he had no doubt about Ali’s mental condition.

“I have been treating this man for the past eight years, and there is absolutely no room for doubt in that he suffers from paranoid schizophrenia,” said Tahir Feroze.

On October 20, hearing Ali’s final appeal, Pakistan’s Supreme Court ruled that schizophrenia is “not a permanent mental disorder” and, therefore, could not be defined as a mental illness.

With his execution date set, Ali’s only hope of a reprieve is a pardon from President Hussain, who rejected an earlier mercy petition in May. Ali’s legal team filed a new petition last month.

As a last resort, Ali’s wife said she is seeking forgiveness for her husband from the family of the murder victim, which could avert his execution under a feature of Islamic law used in Pakistan.

Pakistan halted executions between 2008 and 2014 owing to pressure from international human rights groups. But it lifted the moratorium following a Taliban attack on a school in Peshawar in December 2014 that killed 150 people, nearly all of them children.

Reprieve, a UK-based rights group that campaigns against the death penalty, said 94 percent of prisoners recently hanged in Pakistan “had nothing to do with terrorism”.

Maya Foa, a director at the group, said: “These latest numbers show that the Pakistani government is using ‘terrorism’ as a smokescreen to execute vast numbers of prisoners – including innocent scapegoats, juveniles, and mentally ill prisoners like Imdad Ali.” 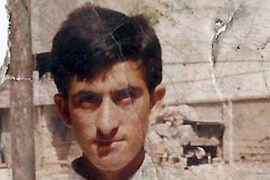 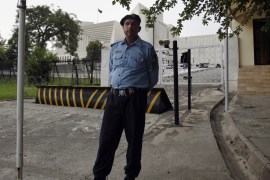 Pakistan to hang man ‘aged 15’ at time of crime

As execution date nears, Ansar Iqbal, who was arrested 16 years ago, says police framed him over neighbour’s murder. 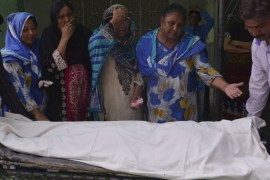