The two-week training, which took place in China’s southwestern city of Chongqing from October 10, was attended by 25 people from each side, the People’s Liberation Army Daily said.

“This joint anti-terrorism training is directed at raising the two militaries’ ability to combat terrorism and non-traditional security threats,” the paper said on Thursday.

Chinese officials have long been concerned that instability in Afghanistan will spill over into China’s western region of Xinjiang, home to the Muslim Uighur people, where hundreds have died in unrest the government blames on separatists.

Authorities in bordering Kyrgyzstan said a suicide bomb attack this August on the Chinese embassy in the Kyrgyz capital was ordered by Uighur fighters active in Syria.

In the face of such threats, China set up an anti-terrorism alliance with neighbours Pakistan, Afghanistan and Tajikistan, which all border Xinjiang, in August.

OPINION: Is China changing its policy towards Uighur Muslims?

From October 20 to October 24, more than 400 troops from China and Tajikistan held joint anti-terrorism drills along the remote mountainous Tajik border with Afghanistan, Chinese media reported on Tuesday.

Hundreds, possibly thousands, of Uighurs have fled the unrest and travelled clandestinely via Southeast Asia to Turkey. 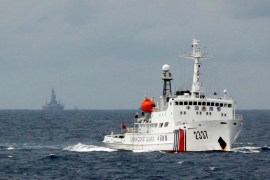 Like never before, China’s territorial assertiveness is rattling its neighbours and decades of fruitful relations. 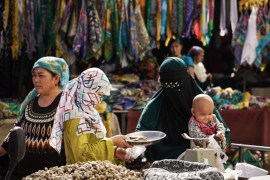 China to pay a steep price in Saudi-Iran conflict

Heavily dependent on Saudi Arabia and Iran for oil, China cannot afford a full-scale war in the region. 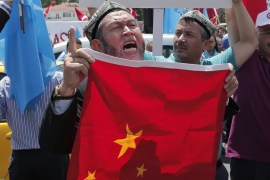 Uighurs in the firing line in China?