An Iranian-American held in Tehran has reportedly been sentenced to 18 years in prison for “collaboration with a hostile government”, yet another dual national convicted in a secret trial since Iran’s nuclear deal with world powers.

The sentence handed down to Robin Shahini, a 46-year-old graduate student who lives in San Diego, California, is the harshest yet for those detained in what analysts believe is a plan to use them as bargaining chips in future negotiations.

Shahini told Vice News in an interview aired late on Monday that he “just laughed” after hearing his sentence.

He acknowledged supporting the protests that followed Iran’s disputed 2009 presidential election, but denied being involved in any sort of spying.

“Whatever information they had is all the pictures I posted in Facebook, in my web blog, and they use all that evidence to accuse me,” Shahini said in a telephone call from prison.

Shahini said he was not sure if he would file an appeal, but said he also had another option to protest against his sentence.

“I do a hunger strike – until either they free me or I die,” he said.

Iranian judiciary officials could not be immediately reached for comment on Tuesday.

Iran’s mission to the UN also did not immediately respond to a request by the Associated Press news agency for comment, nor did the US state department.

There is little in the official Iranian media on the arrest.

When asked if there were talks between the US and Iran on Shahini’s arrest in a September 5 news conference, Bahram Ghasemi, spokesman for Iran’s foreign ministry, said “the security sectors would be able to respond to that”.

Shahini, who travelled to Iran to see his mother who was diagnosed with Alzheimer’s disease, was detained on July 11.

In the days following his detention, a friend told the media that “he just disappeared off the face of the planet. No one know if he’s alive or dead”.

His family, it has been reported, has been told not to speak with the media.

Shahini left Iran in 1998 and has lived in San Diego for 16 years. He graduated in May from San Diego State University with a degree in international security and conflict resolution and had been accepted to SDSU’s graduate programme in Homeland Security.

Iran does not recognise dual nationalities, meaning that those it detains cannot receive consular assistance.

In most cases, dual nationals have faced secret charges in closed-door hearings before Iran’s Revolutionary Court, which handles cases involving alleged attempts to overthrow the government.

Analysts and family members of those detained in Iran have suggested that conservatives in Iran’s security agencies want to negotiate another deal with the West to free the detainees.

A prisoner exchange in January that freed Washington Post journalist Jason Rezaian and three other Iranian-Americans also saw the US make a $400m cash delivery to Iran.

In September, Iran freed the retired Canadian-Iranian university professor Homa Hoodfar amid negotiations to reopen embassies in the two nations.

Iran earlier sentenced Nazanin Zaghari-Ratcliffe, a British-Iranian woman travelling with her young daughter, to five years in prison on allegations of planning the “soft toppling” of Iran’s government.

Still missing is Robert Levinson, a former FBI agent who vanished in Iran in 2007 while on an unauthorised CIA mission. 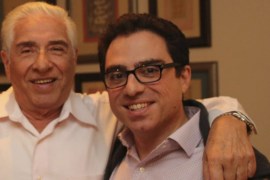 Detentions of Siamak Namazi and his father Baquer, a former UNICEF worker, come amid a crackdown on dual citizens. 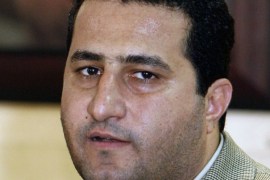