Averaged across the globe, carbon dioxide levels are expected to reach the symbolic and significant milestone of 400 parts per million for the first time in 2016, according to the World Meteorological Organization.

Previously carbon dioxide levels have reached 400ppm in certain locations for certain months, but this would be the first time they have averaged over 400ppm globally for an entire year.

It is predicted that concentrations will not dip below 400ppm for for many generations.

The sudden jump in carbon dioxide levels can be blamed on the El Nino conditions, which developed in 2015 and had a large influence on the weather for the first half of 2016.

El Nino is the warming of the surface of the Pacific Ocean, which is known to have a dramatic effect on the weather around the globe.

One of the impacts of El Nino is a drought in tropical parts of the world. In a drought, the growth of vegetation slows, which reduces its ability to absorb carbon dioxide.

Normally, tropical forests absorb significant amount of carbon dioxide. It is estimated that about half of all carbon dioxide emissions are absorbed by natural absorbers, known as “sinks”, such as forests, vegetation and the oceans.

In a drought, less carbon dioxide is absorbed, so the levels of the gas in the atmosphere increases.

The El Nino conditions eased at the beginning of the summer but the levels of carbon dioxide have remained high. The WMO Secretary-General Petteri Taalas said: “The El Niño event has disappeared. Climate change has not.”

Recently the international community has made significant efforts to reduce the impact of human-induced climate change.

Less than two weeks ago, governments meeting in Kigali reached agreement on a timetable to phase out potent greenhouse gases, known as hydrofluorocarbons, which are used in refrigerators and air conditioners.

However, carbon dioxide is known to be a bigger threat. According to Petteri Taalas: “Without tackling CO2 emissions, we cannot tackle climate change and keep temperature increases to below 2°C above the pre-industrial era.”

Almost 200 governments signed an agreement in Paris last year to phase out fossil fuels in favour of renewable energy in the second half of the century.

With carbon dioxide levels rising so rapidly, Taalas urges: “It is therefore of the utmost importance that the Paris Agreement does indeed enter into force well ahead of schedule on November 4 and that we fast-track its implementation.” 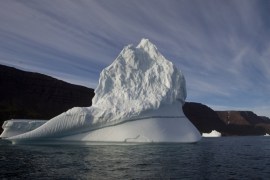 Nearly 200 nations approve timetable to stop use of gases whose elimination could reduce global warming by 0.5C by 2100. 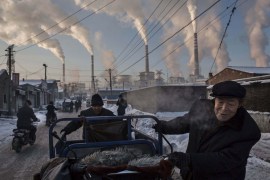 China and US, together responsible for 40 percent of the world’s CO2 emissions, urge other nations to follow suit. 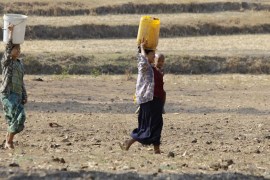 Australian Bureau of Meteorology announces the end of the phenomenon which powerfully influences the weather.