At least 19 people were killed when a helicopter crashed in northwestern Siberia, a Russian investigative committee has said.

Investigators said in a statement that an MI-8 helicopter carrying 22 people had crashed on Friday night outside the city of Novy Urengoy, and that “19 people have died from multiple injuries at the scene, according to preliminary data”.

The helicopter was flying from the Siberian region of Krasnoyarsk to the town of Urengoy in the Yamalo-Nenetsky region when it crashed between 14:00 and 15:00 GMT, investigators said.

The regional branch of the emergencies ministry said it had been informed that a helicopter made a hard landing some 80km outside Novy Urengoy, but did not initially report any casualties.

Emergency workers were dispatched to the scene and managed to save three people from the wreckage, the ministry said.

The survivors were transported to a hospital in Novy Urengoy.

The investigative committee said that the crash could have been caused by a violation of flight safety regulations, a mechanical problem or difficult weather conditions.

A criminal probe has been launched to investigate possible violations.

The emergencies ministry said that fog and difficult visibility conditions had hindered the search for the crash site, as well as the rescue operation. 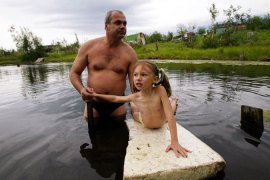 Where has Siberia’s winter gone?

Remote northern region of Russia is experiencing a long-term warming trend, changing the very nature of the landscape. 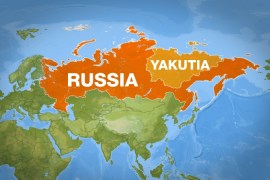