A new Bangladesh law regulating the work of foreign-funded non-governmental organisations (NGOs) is intended to “intimidate” groups critical of the government, the head of a prominent anti-corruption watchdog has told Al Jazeera.

The Foreign Donations (Voluntary Activities) Regulation Act 2016 was enacted in parliament earlier this month without debate.

It gives the NGO bureau – a body that operates under the supervision of the prime minister’s office – the power to suspend the registration of an NGO or to close it down if it makes any “derogatory” remarks about the constitution or “constitutional bodies”.

Constitutional bodies in Bangladesh include the parliament, the election commission, the comptroller and auditor general, the attorney general’s office, the public service commission and the judiciary.

“The clause in the law is a way of intimidating NGOs working on governance and human rights. Their main job is to be critical of government and government bodies when they are not delivering according to their mandates, and they are supposed to raise a critical voice when that happens,” Dr Iftekharuzzaman, head of Transparency International, told Al Jazeera.

“It is clear intimidation for all NGOs which are rights-based and advocacy-orientated. At a very minimum, for organisations like us, it will have a deterrent effect and enforce self-restraint.

“The undefined wording allows the act to be used indiscriminately to target any particular organisation that is not liked by one section of government or the other,” he added.

However, the chairman of the parliamentary standing committee on the law ministry, which drafted the provision, rejected the criticism.

“Freedom of expression and freedom of thinking are only for citizens. NGOs don’t have this right. They do not have the right to criticise parliament or any constitutional body,” chairman Suranjit Sengupta told reporters at a news conference on Wednesday.

“A foreign body cannot be abusive about a sovereign parliament … NGOs will have to work under this law if they want to work,” he said.

Iftekharuzzaman’s criticism of the new law reflects widespread concern in Bangladesh’s civil society, which fears the law will become a tool of the government to control the work of NGOs.

International human rights organisations have also added their voices to these concerns. In a press release, Amnesty International said the vagueness of the wording in the law “could give the authorities sweeping powers to punish NGOs simply for exercising their right to freedom of expression and criticising government bodies”.

On Thursday, Brad Adams, Asia director at Human Rights Watch, said the new law “is a shocking new initiative by a repressive government to make civil society toe the government line, or risk being arbitrarily shut down”.

“The government claims it is committed to freedom of expression and pluralism, but then passes a law that would make an authoritarian regime proud,” he said in a statement.

The law appears to be part of a wider crackdown on free expression in Bangladesh that has, in recent months, resulted in the closing down of 35 news websites without providing a reason, and arrest of journalists and Facebook activists under the Information, Communication and Technology Act 2006.

On August 8, three journalists from a news website were arrested for publishing a correction to a false rumour circulating on the internet relating to an air crash involving Prime Minister Sheikh Hasina’s son.

A couple of weeks later, Dilip Roy, a student leader at the University of Rajshahi, was arrested for writing about the prime minister and her policy on the establishment of a power station near the Sundarban mangrove forest. 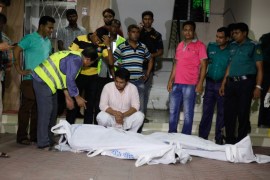 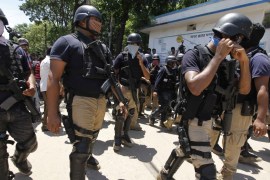 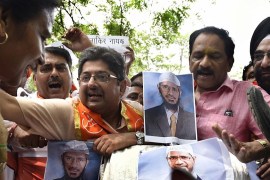