Britain’s Prime Minister Theresa May says she will trigger Article 50 of the Lisbon Treaty before the end of March 2017, a two-year process that will divorce the UK from the European Union.

Britain’s shock vote to leave the European Union in June propelled May to power and the former interior minister has been under pressure to offer more details on her plan for departure, beyond an often-repeated catchphrase that “Brexit means Brexit”.

In a move to ease fears among her ruling Conservatives that she may delay the divorce, May told the party’s annual conference in Birmingham on Sunday that she was determined to move on with the process and win the “right deal”.

“We will invoke Article 50 no later than the end of March next year,” May told the conference to cheers from hundreds of members.

“Parliament put the decision to leave or remain inside the EU in the hands of the people. And the people gave their answer with emphatic clarity.

“So now it is up to the government not to question, quibble or backslide on what we have been instructed to do, but to get on with the job.”

Earlier she announced a “Great Repeal Bill” to end the authority of EU law once Britain leaves the union.

The legislation will overturn laws that make EU regulations supreme, enshrine all EU rules in domestic law and confirm the British parliament can amend them as it wants.

“This marks the first stage in the UK becoming a sovereign and independent country once again,” May told The Sunday Times newspaper.

“It will return power and authority to the elected institutions of our country. It means that the authority of EU law in Britain will end.”

Some 52 percent of Britons voted on June 23 to leave the EU, responding to calls by Brexit – or British exit – campaigners Nigel Farage, Boris Johnson and others. However, the result unleashed immediate political and financial market turmoil in Britain.

The vote also raised questions about the future of Britain and post-World War II European integration, though the initial economic effect of the Brexit vote has been less negative than was predicted by those who campaigned to remain within the EU.

Britain first joined in the European Union in 1973.

Britain’s allies fear its exit from the EU could mark a turning point in post-Cold War international affairs that will weaken the West in relation to China and Russia, undermine efforts towards European integration, and hurt global free trade.

Some Conservative politicians said triggering Article 50 so early could put pressure on Britain as elections in France and Germany in 2017 could change London’s negotiating partners in the middle of talks.

“Triggering Brexit as early as March really concerns me, it troubles me hugely,” Anna Soubry, a Conservative MP who is the former small business minister, told ITV television, citing the French and German elections. 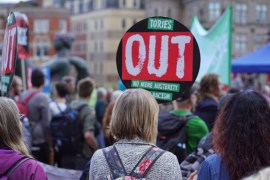 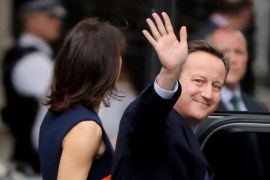 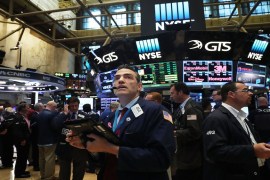 After the UK’s Brexit vote, are we on the brink of a global recession?