The Emir of Kuwait, Sheikh Sabah Al-Ahmad Al-Sabah, has issued a decree to dissolve the country’s parliament, setting the stage for an early election.

The official KUNA state news agency made the announcement on Sunday after an emergency government meeting.

The emir said “given the circumstances in the region … and the security challenges” he had ordered the 50-member legislative body dissolved. The statement did not elaborate.

The move came less than 24 hours after parliament speaker Marzouk al-Ghanem called for snap elections in the face of security and economic challenges.

Members of parliament earlier filed three requests to grill ministers over a decision to increase petrol prices and over alleged financial and administrative violations, in a clear sign of tensions between the government and parliament.

No date was set for the fresh polls. But according to the constitution, elections should take place within two months after the parliament is dissolved.

The country sits in a strategic position between Saudi Arabia and Iraq and across the Gulf from Iran.

But the drop in global oil prices has squeezed this major OPEC member to the point of cutting back on the country’s many subsidies, stirring dissent.

Recently, Kuwait has also faced the threat of attacks since the rise of the armed group Islamic State of Iraq and the Levant (ISIL, also known as ISIS).

On October 8, an Egyptian driving a rubbish lorry loaded with explosives and ISIL papers rammed into a truck carrying five US soldiers in Kuwait, wounding only himself in the attack.

In 2015, ISIL claimed responsibility for the suicide bombing targeting a Shia mosque in Kuwait City, killing 27 people and wounding scores.

Kuwaiti news reports on the dissolution of government focused entirely on economic issues.

Kuwait has been ruled by the Al-Sabah dynasty since 1750, but the opposition has repeatedly said it is challenging the constitutional system and not Al-Sabah rule as such. 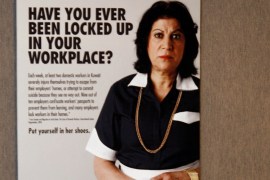 The country becomes the first in the Gulf to regulate the work conditions of domestic staff through legislation. 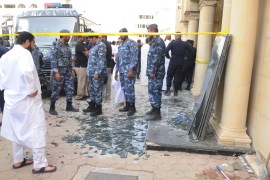 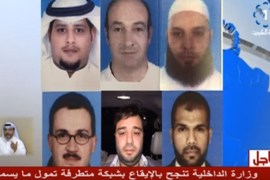 Interior ministry says cell was led by Lebanese man who raised funds and provided logistical support for the group.