Syrian opposition fighters backed by Turkey have taken control of the northern Syrian town of Dabiq from the Islamic State of Iraq and the Levant (ISIL) group.

The fighters said they seized the town on Sunday following heavy shelling and months of air strikes.

Dabiq is considered a major ISIL stronghold with symbolic importance to the group, also known as ISIS.

A commander of the Syrian opposition Hamza Brigade said ISIL fighters put up “minimal” resistance before withdrawing in the direction of the much larger ISIL-held town of al-Bab to the south.

Al Jazeera’s Mohammed Adow, reporting from Gaziantep , a town along the Turkey-Syria border , said the rebels have not only taken control of Dabiq but also some towns nearby.

“This is huge setback for ISIL because it is not only a strategic town but it also holds a huge symbolic value for ISIL,” he said.

“About 3,000 civilians have fled their homes as the rebels are now turning their attention to the town of al-Bab.”

“Strategically, it is important that the Turkish-backed Free Syrian Army forces will continue their advance toward al-Bab, a key terrorist stronghold,” Kalin told Reuters news agency.

On Saturday, Erdogan had said in a speech that once the areas are retaken from ISIL, some of the nearly three million Syrian refugees in Turkey could return to their homes.

Dabiq is central to ISIL propaganda, with the group citing ancient prophecy declaring the town as the scene of an apocalyptic battle between Christianity and Islam.

The group named its online magazine after Dabiq, which it had occupied since August 2014.

Moments after the announcement of Dabiq’s recapture, a suicide bombing was reported during a police raid in Gaziantep.

At least three police officers were killed and eight people wounded when a suicide bomber detonated explosives during the raid on a suspected ISIL safehouse.

In other Syria-related news, John Kerry, the US secretary of state, was due to meet European foreign ministers in London on Sunday to discuss the conflict, a day after “tense” and “difficult” talks with Russia ended inconclusively.

The diplomats were to discuss the results of Kerry’s meeting on Saturday in Switzerland, which included the foreign ministers of Turkey, Saudi Arabia and Qatar, and how to reduce the violence in Syria.

Several major international efforts have failed to secure a political solution to Syria’s civil war, which has cost more than 400,000 lives since 2011.

The meeting in Lausanne did not produce a concrete plan to restore the truce that collapsed last month amid bitter recriminations between the US and Russia and new fighting on the ground.

But Kerry insisted the new, leaner contact group had come up with some plausible ideas that would be fleshed out in the coming days and might lead to a new, stronger ceasefire.

“The way it wrapped up was to have several ideas that need to be quickly followed up,” he said after talks with Russia, Iran, Iraq, Qatar, Jordan, Saudi Arabia, Egypt and Turkey.

“The next contact on trying to follow up on this is going to be immediately, because this is urgent, and we’re not letting any grass grow under our feet.”

The flurry of diplomacy comes weeks after a ceasefire deal collapsed and the US suspended cooperation with Russia over its continued bombing of the city of Aleppo.

“I  think Lavrov and Kerry were trying to put a brave face on what happened here,” Al Jazeera’s Diplomatic Editor James Bays, reporting from Lausanne, said.

Sergey Lavrov, Russia’s foreign minister, said after the talks he had pressed for a “political process” to end the conflict to begin “as soon as possible”, while Kerry said they had talked about new ideas for a ceasefire.

While the diplomatic efforts continue, on the ground the fighting shows no signs of abating.

More than 370 people, including nearly 70 children, have been killed in Syrian government and Russian bombardment of east Aleppo since September 22, according to the SOHR. 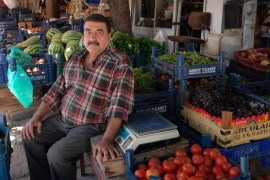