Fresh diplomatic talks to end the Syrian conflict are under way in Switzerland, the first since the United States halted bilateral negotiations with Russia on a ceasefire approved earlier this month.

With violence still raging in Aleppo and reports of new attacks on hospitals in the northern city, John Kerry, the US secretary of state, met Sergey Lavrov, Russia’s foreign minister, and top diplomats from the United Nations and regional powers in Lausanne on Saturday.

Ahead of the talks, Vitaly Churkin, Russia’s UN ambassador, said that a key aim of the Lausanne meeting is to get countries that support “moderate” opposition groups to use their influence to work for a new ceasefire.

Kerry and Lavrov are joined in Lausanne by Staffan de Mistura, the UN Syria envoy, along with the top diplomats of Turkey, Saudi Arabia and Qatar – all backers of Syrian opposition forces.

Iran, a key supporter of the Syrian government, has also sent its foreign minister, Mohammad Javad Zarif, to Lausanne to take part in the talks.

“All of them are now around the same table” Al Jazeera’s diplomatic editor James Bays, reporting from Lausanne, said.

“Before that, we had various meetings between various ministers on a bilateral level.”

Before the Lausanne meeting, Lavrov said a major reason for the failure of the September 9 ceasefire agreement that he had reached with Kerry was the inability of the US and other countries opposed to Syrian President Bashar al-Assad to separate the “moderate” opposition groups they back from the former al-Qaeda affiliate once known as al-Nusra Front.

The Lausanne meeting, initiated by Kerry, is the first attempt to try to find a new viable strategy to halt the violence which continues to rage in Aleppo and elsewhere in the country.

“I don’t have any particular expectations,” Lavrov said on Friday in Moscow.

“So far, we haven’t seen our partners make any steps to get closer to fulfilling the agreements that we have.”

Churkin said Kerry and Lavrov decided “to revisit” the format they originally discussed three years ago, in which they would meet a small group of countries that have close ties with moderate opposition groups, instead of the 20 or so countries in the International Syria Support Group, or ISSG, where it was difficult to agree on specifics.

However, Lavrov has insisted that Russia did not plan to present new initiatives on ways to resolve the conflict.

Instead, he said Russia would call for “concrete steps” to implement earlier UN resolutions and the now-defunct US-Russia ceasefire deal.

“I think it is worth reminding that they couldn’t originally even agree the guest list for these talks,” said our correspondent.

“When it was first announced we heard that it was going to be the US, Russia,Turkey, Saudi, Qatar and Iran.

And only when Iran was questioning whether it was going to turn up they added more countries: Iraq, Egypt and then Jordan.”

It’s notable that two countries that are normally at these talks, permanant members of the UN Security Council, the UK and France were excluded. Even who gets to sit at the table is now a contentious matter.”

Following the meeting, Kerry is expected to head to London, where he is likely to meet up on Sunday with his counterparts from Britain, France and Germany.

With no let-up in Assad’s military campaign in eastern Aleppo, the sides will look at how to revive the short-lived ceasefire.

Russia and the US reached an agreement before it quickly collapsed amid the Syrian assault on the rebel-held part of the city, backed by Russian air power.

The offensive has prompted accusations of potential war crimes from Western countries.

More than 370 people, including nearly 70 children, have been killed in Syrian government and Russian bombardment of east Aleppo since September 22, according to the Britain-based Syrian Observatory for Human Rights (SOHR).

Before Saturday’s talks were set to begin, dozens of overnight air strikes struck east Aleppo, the SOHR said on Friday.

The latest bombardment has prompted four leading charities to call for a ceasefire in Aleppo.

The nongovernmental organisations issued on Saturday a joint plea “to establish a ceasefire of at least 72 hours in east Aleppo”, where an estimated 250,000 people are living under bombardment siege.

“This will allow the sick and wounded to be evacuated, and for food and medical aid to enter the besieged area,” said a statement from one of the charities, Save the Children. 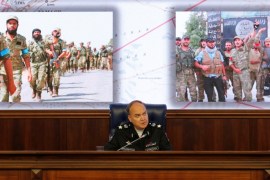