Rwanda has launched a drone delivery network to transport vital blood supplies to far-flung areas of the country.

The project will see unmanned aerial vehicles or drones used to deliver small packages by parachute, bypassing traffic or washed-out roads in a country dubbed the Land of a Thousand Hills.

It was introduced on Friday in Rwanda’s Muhanga district, but is expected to expand to the rest of the country by early 2017.

On demand, the drones are expected to make around 150 deliveries of  blood to 21 facilities each day, according to Zipline, the company behind the project.

Health professionals can order the emergency packages by text message and deliveries will be made in approximately 30 minutes, officials said.

Speaking at the launch, President Paul Kagame said the use of commercial drones to transport essential medical products ought to be considered a milestone for Rwanda.

“Technology becomes relevant and meaningful when it works for people and addresses challenges they face,” Kagame said.

The drones are shaped like a fat-bellied miniature plane with a two-metre wingspan.

They are battery-powered with a range of about 150km, weigh 13kg and can carry a cargo of about 1.5kg, or three bags of blood.

The drones are fired into the air using a catapult and deliveries are made using a biodegradable parachute.

Rwanda has a population of around 11 million people, a majority of whom live in hard-to-reach rural areas. Despite making economic gains in the past decade, most of its citizens are still poor. 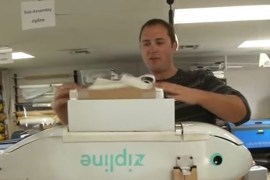 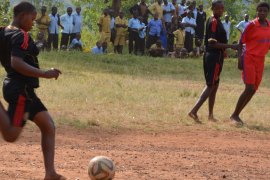 Football is helping Rwandan women overcome the trauma of the 1994 genocide. 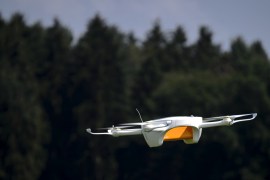