Beitunia, occupied West Bank – On a row of plastic chairs overlooking a sandy lot, members of the Beitunia Club discussed their latest project to turn the space into a football field.

“When it is finished, it will be the first football pitch in Beitunia,” club president Shaker Othman told Al Jazeera.

With funding from people in Beitunia, local businesses and former residents of the small city that lies a few kilometres southwest of Ramallah, work on the pitch began in early 2016 – but by the summer, development had stalled after the club ran out of cash. Today, a handful of bricks are strewn across the unfinished field, while a floodlight hangs precariously from a wire.

“The biggest step now is to get the grass, to import it from China,” Othman said. “We hoped it would be finished in the next month or two, but we don’t have the funds now.”

Beitunia members say the club needs $160,000 and that they have been in talks with the Palestinian Football Association (PFA) but they are looking for other partners as well.

In the meantime, the club’s football teams – two youth teams and a men’s team – have been training on the unforgiving sandy surface. During the season, players travel across Ramallah to neighbouring al-Bireh, where they practise twice a week at the same stadium where they play their home games. It costs the club NIS 500 [$140] each time they practise in Bireh.

Several kilometres south, in the Israeli settlement of Givat Zeev, the local football team faces no such problems. Players from Beitar Shabi Givat Zeev practise regularly on the settlement’s bright green football field, while the youth and men’s teams use it for matches in the Israeli domestic league on Fridays.

This has proved controversial, given that the settlement is illegal according to international law. The matter is set to be discussed on Thursday at a council meeting of FIFA, the international governing body of football.

The PFA has made a number of complaints to FIFA in recent years about freedom of movement for Palestinian players, and about football clubs based in the settlements. The PFA has charged that the Israeli Football Association (IFA) is violating FIFA statutes by hosting competitions on the territory of another member association without permission. In 2015, FIFA launched a monitoring committee to resolve the issues raised by the PFA, and the group is due to report its findings at Thursday’s council meeting in Zurich.

“The Israelis have to recognise, on the ground, the right of Palestinian footballers to function, to practise, to move freely like any other people all over the world. This is now a must, which the Israelis so far are not ready to accept, or respect,” Jibril Rajoub, head of the PFA, told Al Jazeera. “The second issue is the issue of having a domestic league in the occupied territories. Some of those clubs and stadiums were built on confiscated lands from Palestinians, but all of them are built on the Palestinian state territories, which is violating the statutes of FIFA.”

FIFA should make the right decision. Either the Israelis abide by and apply the FIFA statutes, or I think they should be thrown out of this organisation.

A FIFA delegation visited Israel and Palestine in early July for talks on the issues raised by the PFA, whose team was first recognised by FIFA in 1998.

“The discussions focused on the measures currently being developed regarding permit applications and security-related delays, an area where marked progress has been achieved,” FIFA spokesperson Fedor Tubin told Al Jazeera. “The pending issue of territory and the question of clubs that are affiliated to the Israel Football Association were also addressed and will continue to be discussed with all parties.”

Israeli settlements in the occupied West Bank violate international law and are considered by the international community to be a major obstacle to a potential two-state solution to the Israeli-Palestinian conflict.

“FIFA should make the right decision. Either the Israelis abide by and apply the FIFA statutes, or I think they should be thrown out of this organisation. They don’t have the right to enjoy the privileges and from the other side to violate the statutes. I think it’s not fair,” Rajoub said.

Beitar Shabi Givat Zeev did not respond to Al Jazeera’s request for comment, but the football club’s manager, Gabby Peretz, previously told Human Rights Watch that the club “didn’t take over the field. The field has been used for 20 years by the [football club] association,” he said. “It was built and approved as a [football] pitch.”

According to a recent Human Rights Watch report, the Givat Zeev football field was built on privately owned land belonging to two Palestinian families from Beitunia. When the Givat Zeev settlement was built in the 1970s, the Palestinian landowners were barred from accessing their lots, and with the construction of the Israeli separation wall in the early 2000s, the residents of Beitunia were physically cut off from 6,500 hectares of their own agricultural land, according to the city’s mayor, Ribhi Dawla.

“One week or two weeks a year, they open the gate to let 300 to 400 people get to their land to pick olives. It’s not fair to not let you use or keep in touch with your own land,” Dawla told Al Jazeera. 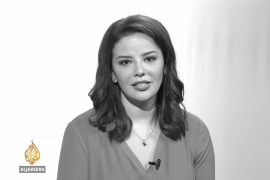