Republican presidential candidate Donald Trump has denied multiple women’s claims that he sexually assaulted them as “totally and absolutely false”.

“The claims are preposterous, ludicrous and defy truth, common sense and logic,” Trump said at a campaign rally in Florida.

“We already have substantial evidence to dispute these lies, and it will be made public in an appropriate way and at an appropriate time, very soon.”

Two women accused Trump of inappropriate touching in a story published on Wednesday by The New York Times, just four weeks before the November 8 election.

The report was followed by a stream of similar allegations from other women, putting more pressure on the Trump campaign as it lags in national opinion polls and struggles to contain a crisis caused by the candidate’s comments about groping women without their consent that surfaced on Friday.

One of the women, Jessica Leeds, appeared on camera on the Times’ website to recount how Trump allegedly grabbed her breasts and tried to put his hand up her skirt on a flight to New York in or around 1980.

The second woman, Rachel Crooks, described how Trump allegedly “kissed me directly on the mouth” in 2005 outside the elevator in Trump Tower in Manhattan, where she was a receptionist at a real estate firm.

Trump’s campaign denied there was any truth to the accounts. It made public a letter to the newspaper from Marc Kasowitz, a lawyer representing Trump, demanding it retract the story, calling it “libellous” and threatening legal action if it did not comply.

“We stand by the story, which falls clearly into the realm of public service journalism,” a New York Times spokeswoman said.

The report comes two days after a Reuters/Ipsos opinion poll showed one-in-five Republicans said they thought Trump’s comments about groping women disqualified him from the presidency, and put him eight points behind Democratic candidate Hillary Clinton among likely voters. 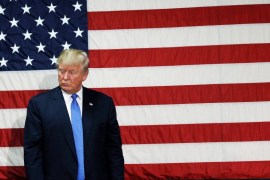 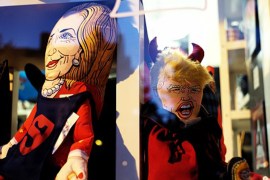