A Syrian man suspected of planning a bomb attack on a German airport was found dead in a prison cell on Wednesday after reportedly killing himself.

Jaber al-Bakr, 22, was arrested earlier this week after a two-day manhunt following the discovery of explosives and other bomb-making equipment at his flat in the nearby city of Chemnitz.

Justice Ministry spokesman Joerg Herold told the Associated Press news agency that Bakr killed himself sometime in the evening, but the incident was still being investigated.

Investigators said Bakr, who arrived in Germany last year, had links to Islamic State of Iraq and the Levant (ISIL, also known as ISIS).

“On the evening of October 12, 2016, Jaber al-Bakr, who was suspected of planning a serious attack, took his life in the detention centre at Leipzig correctional hospital,” the ministry said in a statement on its website.

It said it would give more details at a news conference in Dresden on Thursday at 0900GMT.

Spiegel Online reported that Bakr had been under round-the-clock surveillance in police custody in Leipzig because he was on hunger strike and an acute suicide risk.

German news agency DPA reported that Bakr hanged himself in his cell.

Bakr was arrested on Monday after three Syrian refugees whom he befriended tied up the suspect in their flat in Leipzig and alerted police after realising he was a wanted man.

However, sources told DPA that during police interrogations Bakr had accused the refugees of having known in advance about the planned attack.

Prosecutors leading the investigation refused to confirm that information, or say whether the refugees were being treated as suspects or witnesses. 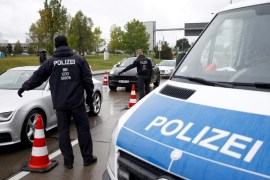 Authorities in the eastern city of Leipzig arrest a man suspected of planning a bomb attack. 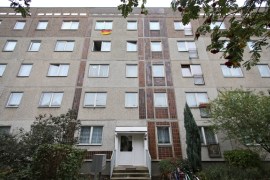 Three men hailed as heroes after handing over Syrian wanted for allegedly planning bomb attack in city of Leipzig.