There is no doubt that Europe is now properly into autumn. The change in weather from a late, remarkably warm summer to the first snow was pretty abrupt.

The Tatra mountains of southern Poland are as good a marker as any. On the slopes of Kasprowy Wierch, the weather station reported the last of the 2015/16 winter’s snow gone on May 22.

Then the summer blossomed and even at 2,000 metres above sea level, 20C was recorded here on June 22. That turned out to be the warmest day of the year on the mountain.

Then, on the turn of season, the autumnal equinox, the warmth left. For the first time in four months the temperature failed to rise above zero Celsius. Ice fog prevailed for three days, then the air warmed up again.

But October brought the rain which chilled the air until it brought the snow. By Tuesday morning, October 4, there was 20cm of snow on the ground. Two days later that was 45cm and the temperature was -5C.

Kasprowy Wierch marks the border between Poland and the Slovak Republic and it is possible to cross without hindrance, weather permitting. It also is a very popular winter sports resort, so this recent snow is most welcome. 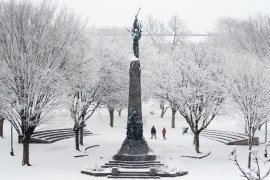 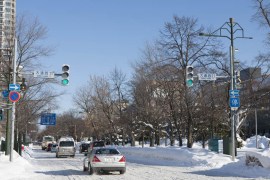 The first real blast of winter brings the deepest November snow for over 60 years.