The Indian army said on Thursday it foiled an assault on an army camp in Indian-controlled Kashmir, shooting dead all three attackers who tried to enter the base.

Rebels wearing army fatigues attempted to break through the base’s perimeter in Kupwara district before dawn, but were repelled by soldiers after an exchange of gunfire.

Army spokesman Colonel Rajesh Kalia said the rebels fired at sentry posts and tried to enter the camp in the forested Langate area. The camp is the local headquarters of the counter-insurgency military unit.

Indian troops killed the attackers and three assault rifles and ammunition were recovered from their bodies, he said.

The army also said it found the bodies of four suspected rebels near the de facto border dividing Indian-administered Kashmir with the Pakistan-controlled side in Naugam after an attempt on Wednesday at infiltration.

“One body was recovered in the afternoon and another three later in the day as the area was being combed,” army spokesman Kalia told AFP news agency.

Thursday’s attempted attack in Kupwara was the second in Indian-administered Kashmir this week after rebels killed one soldier while trying to raid an army base in the town of Baramulla on Sunday.

The latest tensions between the nuclear-armed neighbours follow the killing of 18 Indian soldiers in a cross-border attack by suspected Kashmiri rebels in Indian-administered Kashmir last month.

A furious Islamabad denied the strikes, saying two of its soldiers were killed in cross-border firing.

Kashmir is divided between India and Pakistan, but both claim it in full. Armed separatist groups in the Indian-controlled part of the territory have for decades been fighting to break free from New Delhi. 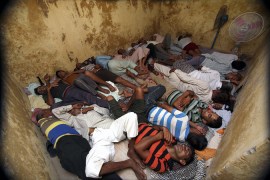 Pakistan and India armies to meet on Kashmir 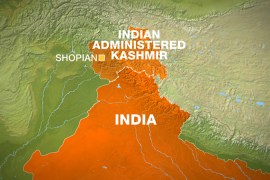 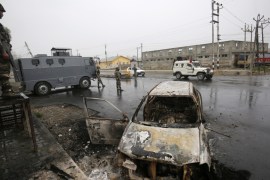