The study of “strange states” of matter, which may one day yield ultra-fast and small computers, has earned three British scientists the Nobel Prize in physics.

David Thouless, Duncan Haldane and Michael Kosterlitz – all based in the US, working in the highly specialised mathematics field of “topology” – were honoured on Tuesday for breakthroughs they made in the 1970s and ’80s.

“This year’s laureates opened the door on an unknown world where matter can assume strange states,” the Nobel jury said.

“Thanks to their pioneering work, the hunt is now on for new and exotic phases of matter.”

The jury said there were hopes that their discoveries would have future uses in the fields of materials science and electronics, especially at the super-small quantum scale.

For now, the scientists’ discoveries remain in the realm of research.

Nobel judges often award discoveries made decades ago to make sure they withstand the test of time.

Thouless won half of the $931,000 prize, while Haldane and Kosterlitz will split the other half.

Topology is a branch of mathematics that investigates the physical properties of matter and space – shape in essence – that remain unchanged under certain deforming forces.

These include stretching, compressing and bending, but not piercing, tearing or gluing.

An often-used example is a rubber coffee cup being bent, twisted and reshaped into a donut – for topologists the two shapes are indistinguishable, though to the rest of us they are completely different.

In practical terms, these properties of matter may one day lead to the reshaping of common materials into “topological states” that can transport energy and information in very small spaces without overheating.

The trio’s pioneering work “boosted frontline research in condensed-matter physics, not least because of the hope that topological materials could be used in new generations of electronics and superconductors, or in future quantum computers,” said the Nobel jury. 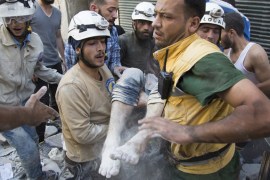 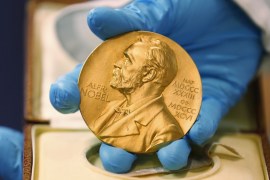