Southern regions of the state have been hit by the heavy downpours which caused flooding in parts of San Diego County.

Several cars were left submerged along the busy I-5 highway as dozens of urban roads were affected by floods. The National Weather Service (NWS) is warning of further flash floods and mud flows which could hit areas left scorched by recent wildfires.

It has been a cool and wet start to the new year for Los Angeles, but no one is complaining. The city normally expects a January top temperature of around 18C, but the cloud and rain of the last few days have seen highs struggling to get into double figures.

The heavy rain was also largely welcomed across northern parts of the state, although the San Francisco Chronicle reported several motor accidents the Bay Area.

The rain was accompanied by gale force winds which knocked down trees and damaged buildings in Paso Robles. There was also a good covering of snow over the higher ground of the nearby Sierra Nevada Mountains.

All of this rain and snow bodes well for California which is still officially in the grips of a four-year drought, and comes after a very dry 2015, where many locations came close to breaking low rainfall totals.

Thankfully, it was a wet end to the year and there have been a relentless series of storms affecting the state virtually non-stop for the past four weeks. That steady and heavy rain is finally topping up the reservoirs.

One good example of that is Folsom Lake in Northern California. On December 8 the reservoir was at 29 percent normal capacity. A month later it now stands at a healthier 53 percent. 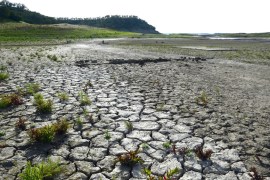 El Nino enhances winter rains to bring much-needed downpours to the US state. 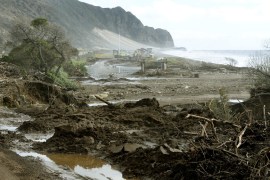 California hit by floods and mudslides

Heavy downpours in the drought-stricken southwest US cause widespread chaos.