European politicians and Palestinian critics have spoken out against Bulgaria’s attempt to extradite to Israel a former Palestinian political prisoner who has taken refuge for more than three weeks in the Palestinian Authority’s embassy in Sofia.

Although 52-year-old Omar Nayef Zayed escaped from Israeli custody 25 years ago, the Israeli embassy in Sofia requested on December 15 that the Bulgarian government extradite him.

In response, Bulgarian police gave him 72 hours to turn himself in so that he could be sent to Israel.

“He refused to turn himself in,” his brother Hamza told Al Jazeera by telephone from Amman, Jordan.

Zayed, who has lived in the Bulgaria capital since 1994, went to the PA’s embassy and has refused to leave.

Zayed, who runs a grocery story in Sofia, has Bulgarian residency, while his wife and three children all carry Bulgarian citizenship.

On December 17, Bulgarian police raided and searched Zayed’s home only to find he was not present.
The officers arrested his 18-year-old son and held him for about three hours, eventually releasing him, Hamza said.

Born in the occupied West Bank city of Jenin, Zayed was convicted and sentenced by an Israeli court to life in prison in 1986 for the killing of a Israeli yeshiva student in occupied  East Jerusalem.

Hamza, who is also a former prisoner, said Omar was “a political fighter who defended the Palestinian cause”, but that he “poses no danger” to Israel today.

He recalled that Omar “had been beaten and tortured in prison. He was once put in solitary confinement for 60 days”.

Yet, in 1990, Zayed was able to escape from his guards during a hospital visit and eventually made it out of the country. After living in various other Arab countries for four years, he moved to Bulgaria in 1994 and was later granted residency.

The Oslo Accords between Israel and the Palestine Liberation Organisation led to the creation of the PA as a semi-autonomous government in 1994. As part of those agreements, all Palestinian political prisoners were supposed to be released.

Hamza noted that his brother would have most probably been released along with thousands of other prisoners.

According to Addameer Prisoner Support Network, a West Bank-based rights group, there are 30 Palestinian political prisoners still behind bars since before the Oslo Accords were implemented.

Ahmad Madbouh, the PA ambassador to Bulgaria, told Zayed on December 28 that he had 24 hours to leave the embassy. However, he has not yet been forced from the embassy.

As pressure grew, the PA’s Ministry of Foreign Affairs subsequently created a “crisis committee” to deal with Zayed’s case and said that it did not intend to hand over the former prisoner for extradition, according to a press release.

But Zayed’s family says the PA has not done enough to ensure his safety.

“The Palestinian Authority has to do more than release press statements – we want actions,” said Hamza. “Our family is waiting for concrete actions.”

The request to ship Zayef to Israeli custody is based on an extradition treaty between Israel and the Council of Europe, which includes 47 countries.

However, the treaty is designed for the extradition of those wanted for criminal offences and excludes “political offences”.

“This is part of a pattern of Israel not recognising the political status of Palestinian political prisoners,” she told Al Jazeera.

“In the past, Israel has sought to exact revenge on former political prisoners who they either re-arrested, like those who were released during the Gilad Shalit prisoner swap, or assassinated, like Samir Kantar.”

Extraditing Zayed will also mean that he is sent to Israel, an occupying power, where he will almost certainly not face a fair trial, Buttu said.

“The other dangerous scenario is if the PA embassy hands him over to the Bulgarians for extradition; it sends a message to Palestinians because it tells them that their embassy will not protect them.”

In a statement recently released by the Popular Front for the Liberation of Palestine (PFLP), the leftist political party called on Bulgaria to reject the request to extradite Zayed.

The PFLP said sending the former prisoner to Israeli authorities “will set a dangerous precedent for the prosecution and arrest of Palestinian and Arab strugglers, especially former prisoners who reside in European countries”.

Referring to Zayed as “a freedom fighter”, the statement urged “immediate action” from Palestinian leadership.

At the time of publication, neither Bulgaria’s interior ministry nor the Israeli embassy had replied to Al Jazeera’s request for a comment.

While Zayed’s case has received little attention in Europe, the Sinn Fein political party, active in both Ireland and Northern Ireland, has appealed to Bulgaria to not comply with the extradition request.

In a press release, Sinn Fein’s Martina Anderson, a member of the European Parliament, criticised Bulgaria’s willingness to extradite the former prisoner as “unacceptable”.

Anderson said that “the persecution of Omar Zayed Nayef is a further campaign to criminalise the Palestinian struggle for statehood”.

The move also comes at a time when Israeli-European relations are in flux. In recent years, the European Parliament and various EU countries have pass largely symbolic motions recognising Palestinian statehood.

In November 2015, the European Commission also introduced new guidelines requiring Israel to label products that were produced in Jewish-only settlements in the occupied Palestinian territories.

Dimi Reider, an Israeli journalist and associate fellow at the European Council on Foreign Relations, said these moves reflect a schism in Israeli-European relations.

“It’s a very deep and dynamic relationship that both sides want to grow for economic reasons,” he told Al Jazeera.

“On the other hand, there is a conflict between various European states and Israel over the Palesitnian conflict.”

Reider speculated that the move to extradite Zayed could be part of Israel’s “lawfare” campaign, in which it uses courts in foreign countries to pressure Palestinians and Palestinian solidarity activists.

“Maybe they’re trying to purchase some ground for the future” by setting a precedent to extradite former political prisoners, he said.

Back in Amman, the Zayed family is “asking human rights groups and activists to help us succeed in stopping Omar from being handed extradited”, Hamza said.

“Omar’s health is the most important thing. This has been very hard on his wife and kids, and we just hope he will be allowed to return to his normal life.” 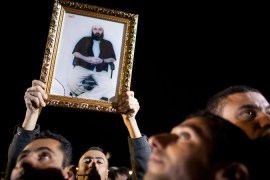 More than 1,000 Palestinian detainees have followed Khader Adnan’s example in a struggle for freedom and dignity. 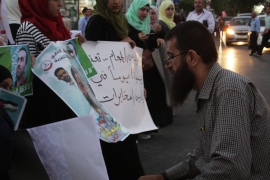 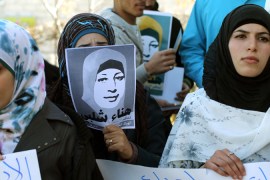 The Palestinian Authority is losing its relevance as hunger strikers galvanise support across party lines.