The UN Security Council has vowed to pursue new sanctions against North Korea after the reclusive country said on Wednesday it had successfully conducted a test on its first hydrogen bomb.

In an emergency session, the council strongly condemned the nuclear test and said it would begin working immediately on a new resolution against Pyongyang, whose nuclear test claim sparked a global outcry even as some officials and experts voiced doubts over its validity.

The test was in violation of previous resolutions and “a clear threat to international peace and security continues to exist”, said the council, which started imposing economic and commercial sanctions on North Korea a decade ago because of its nuclear activity.

The international community must respond with “steadily increasing pressure” and rigorous enforcement of existing measures, said US Ambassador Samantha Power.

Al Jazeera’s James Bays, reporting from the UN headquarters in New York, said there is already a very strict sanctions regime against North Korea in place – although there are suspicions that some countries may not be fully enforcing it.

“Beyond that, all on the Security Council, are aware of the need to tread carefully in order not to further provoke a leader [North Korea’s Kim Jong-un] who makes unpredictable, some would rash decisions, and holds a nuclear capability, however primitive.”

Meanwhile, South Korea said on Thursday it was limiting entry to the Kaesong industrial park, which is jointly run by the two countries, in response to the nuclear test.

Later on, Seoul also announced that it would resume cross-border propaganda broadcasts that Pyongyang considers an act of war.

The North’s nuclear test was a “grave violation” of an August agreement reached between the two Koreas to ease tension and improve ties, Cho Tae-yong, a senior presidential national security official, said in a statement.

“Our military is at a state of full readiness, and if North Korea wages provocation, there will be firm punishment,” Cho said.

The White House said the countries “agreed to work together to forge a united and strong international response to North Korea’s latest reckless behaviour.”

A South Korean military official told the Reuters news agency that the leaders of two countries had discussed the deployment of US strategic assets on the divided Korean peninsula, but declined to give further details.

The US State Department confirmed North Korea had conducted a nuclear test but the Obama administration disputed the hydrogen bomb claim.

“The initial analysis is not consistent with the claim the regime has made of a successful hydrogen bomb test,” White House spokesman Josh Earnest told reporters.

A US government source told Reuters that Washington believes North Korea had set off the latest in a series of tests of old-fashioned atomic bombs.

Hydrogen bombs use a two-step process of fission and fusion that releases substantially more energy than an atomic bomb.

However, it will likely take several days to determine more precisely what kind of device Pyongyang set off as a variety of sensors, including “sniffer planes”, to collect evidence.

Pentagon officials told the Washington Post that US air force will deploy the Constant Phoenix aircraft, which allows mission crews to detect radioactive “clouds” in real time and could be used to determine whether the explosion was a hydrogen bomb.

North Korea has a long history of bellicose rhetoric against the US and its Asian allies without acting on it, but Pyongyang’s assertion that it had tested a hydrogen device, much more powerful than an atomic bomb, came as a surprise.

North Korea called the device the “H-bomb of justice”, but its state news agency also said Pyongyang would act as a responsible nuclear state and would not to use its nuclear weapons unless its sovereignty was infringed.

South Korea said it was not considering a nuclear deterrent of its own, despite calls from ruling party leaders. 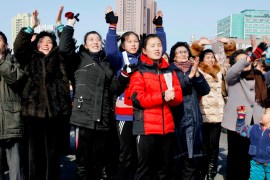 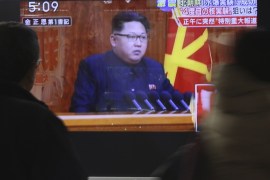 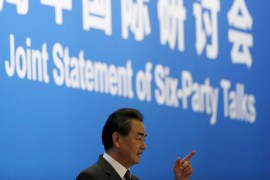