By Al Jazeera Staff
On the same day that Saudi Arabia announced the execution of 47 convicts on terrorism charges, including the prominent Shia religious leader Nimr al-Nimr, Riyadh unilaterally declared its withdrawal from the ceasefire agreement in Yemen.
While Saudi diplomats were quick to stress that Riyadh’s decision to break diplomatic ties with Iran will not affect efforts to negotiate peace in Syria and Yemen – where the two regional heavyweights support opposite sides – fears are growing that the Saudi-Iran rift may complicate efforts to reach a settlement in these regional hotspots.
Arab Analysts, speaking to Al Jazeera, ruled out the possibility of a military showdown between the two countries but warned that the worsening relations between Saudi Arabia and Iran will most likely exacerbate Sunni-Shia tension in the region and most importantly complicate efforts to combat the Islamic State of Iraq and Syria (ISIL).
The popular narrative that the diplomatic rift between the two states will negatively affect negotiations to end the Syrian conflict assumes that the negotiations had any possibility of success.
This is simply not the case, as there is no reason to believe that either country takes seriously negotiations

as a mechanism to end the conflict. That does not mean that Saudi Arabia and Iran will not go through the motions of the peace talks.

They certainly will. Yet, declarations by Saudi and Iranian officials suggesting that the rift is merely a bilateral issue unrelated to the Syrian talks should tell us how serious both countries are about the peace process.
Both will attend and participate in the talks, but this will be purely cosmetic, as it is implausible under the current circumstances that either country would be willing to concede any ground, figuratively and literally, on Syria.

With the negotiations already unlikely to be successful, the larger question is what the rift may mean for the trajectory of the Syrian conflict and future peace talks. The rift will further delegitimise negotiations as a means of ending the conflict as neither side accepts giving up concessions to the other.

This will give greater impetus to the military solution already proffered by both regimes. Sectarian posturing of the kind we have seen this week will continue and thus make concessions on regional issues, such as the Syrian conflict, even more difficult.

What the diplomatic rift does, then, is force both countries into openly hostile and confrontational positions that need to be reconciled before any serious negotiations can take place.

This is extremely unlikely in the short term. The expectation then can be more of the same – a military stalemate and an emasculated peace process. Sadly, this will occur at the continued expense of the Syrian people.

The worsening of the Iranian-Saudi relations is likely to affect other regional conflicts where the two states have a strong influence on the domestic players.

Although the Saudi decision to execute 47 people on charges related to terrorism – including  Sheikh al-Nimr – was a sovereign issue it, nevertheless, had a wide-reaching effect on various players, foes and friends alike.

Western observers saw the Saudi action as yet another unilateral move by the Saudi-led Arab Gulf states to contain growing Iranian influence in the region. Riyadh has been very suspicious of steps taken by its Western allies, especially the United States, in improving relations with Tehran regardless of continued Iranian meddling in Arab affairs.

Iran’s nuclear agreement is expected to go into effect this month, relieving Tehran of decades of international sanctions and isolation.

The Saudis have led moves on several fronts in the region, starting with Bahrain and going through Syria and Iraq and lately in Yemen. Most of these moves were not coordinated with Washington and were – sometimes – made without its consent.

Riyadh has shown willingness to implement its own policies to serve its interests against Iranian expansionist schemes.

The severance of ties between Riyadh and Tehran will certainly increase pressure on Washington and its European allies, who are trying to manage their relations with their old Arab allies without affecting their new “more friendly” policies towards Iran.

They are also trying to deal with a growing terrorist threat that is fuelled by sectarianism.The worsening of Saudi-Iranian relations is likely to exacerbate the Sunni-Shia tension in the region and complicate efforts to combat the Islamic State of Iraq and Syria (ISIL).

The Saudi-Iranian divide will affect the impending peace talks between the warring Syrian factions and will further delay a political settlement in Lebanon to bring a 20-month-old power vacuum to an end. It will also take its toll on the Yemen war where the collapse of the truce coincided with the break-up of Saudi-Iranian relations.

The animosity between Saudi Arabia and Iran is about many regional issues and not confined to the execution of Sheikh al-Nimr or the burning of an embassy. So the mending of relations will have to be part of “a grand bargain”. The international community will find itself now under mounting pressure to broker a settlement between Riyadh and Tehran, that will most probably have a positive impact on many of the conflicts in the region, especially the war on terrorism.

Otherwise, the situation in the region will escalate to unprecedented levels and ignite more wars.

Iran’s reaction to the execution of several terrorists in Saudi Arabia was uncalled for and in violation of international agreements, such as Article 22 of the Vienna Convention, which states that a host country must

protect foreign embassies on its soil.

This official reaction not only resulted in driving the mob to attack the embassy of Saudi Arabia in Tehran, but also pushed and encouraged them to do just that. This is not unusual or new for Iran, in fact it has been violating international laws and intervening in other countries’ affairs in so many ways that makes it look more like an “outlawed state”

Iran, moreover, claims that it is the “protector of Shia around the world”, which is not true. Iran is an ultra-nationalistic state that pursues sectarian-motivated policies and treat Arab Shia as tools through which it can accomplish certain immediate and strategic objectives in the region.

It is certain that the solid positions of the Kingdom – backed by its brotherly Arab and Islamic states in the region has enraged Iran, given its failure in Syria in light of the rise of the Russian influence at the expense of Tehran’s influence. These factors have pushed Iran to behave in an unruly manner both military and politically in the region.

On top of that, the Iranian regime is squandering the wealth of the Iranian people and it is bargaining with its present and future in exchange of sectarian benefits.

This is something we realise and it is important to understand that it is unwise for Iran to continue to behave in such a way and attempt to divide the Islamic world. It is harmful for us ,for the region and for the entire world.

This is not the first time Saudi Arabia and Iran have cut diplomatic relations, and it is highly unlikely that this incident will lead to a direct Saudi-Iranian military confrontation in the foreseeable future.

But this will certainly complicate and lengthen the conflict in Syria, Iraq, and Yemen.

Interestingly, the unfolding events explain both the power struggle within Iran itself and the high level of Saudi frustration towards the Iranian government. This will definitely have serious implications for the region.

Embassy attacks sponsored by the Iranian Revolutionary Guards are not so uncommon in Tehran: the US embassy was attacked in 1979, and United Kingdom embassy in 2011. But the recent attack on the Saudi embassy revealed two competing perspectives within Iran.

While conservative Iranian newspapers were condemning the execution of Sheikh al-Nimr, however, the reformist’s newspapers deemed vandalising the Saudi Embassy unacceptable.

The Iranian President Hassan Rouhani wrote two tweets criticising the death of al-Nimr, but he also described the attack on Saudi embassy as “unjustifiable” in five tweets. It also comes to a surprise that Ahmad Khatami, Iran’s Friday prayer leader, said: “We do not achieve anything by attacking embassies and setting them on fire.”

Such statements give insight into the domestic power struggle in Tehran. Nevertheless, the Iranian government is fully responsible for protecting the safety of foreign diplomatic missions.

The Gulf Cooperation Council states denounced the attack on Saudi embassy and consulate in Iran as “barbaric”, and they “held the Iranian government responsible for these terrorist acts”.

While Bahrain cut diplomatic relations with Iran, it is not clear whether some of the other GCC states will follow suit.

With falling oil prices and increased regional militarisation, the de-escalation in tensions between Iran and Saudi Arabia seems to be the most rationale choice.

I believe the two governments are capable of overcoming this episode.

It is important to highlight that Iran was surprised by the Saudi decision to cut diplomatic relations. Iran views Saudi Arabia as pursuing a reluctant foreign policy in the past 20 years. That approach has helped Iran to expand its presence in the Arab world.

The Saudi decision may have little impact on the conflict in Syria, Yemen and Lebanon. It appears that Riyadh will work with Turkey and other regional players to drain Iran politically. This would include complicating the domestic politics in Iran as the country is preparing for parliamentary and expert council elections in the last week of February.

The internal debate has already started in Iran about the ramifications of the Saudi decision. This is likely to increase the fragmentation among Iranian political forces.

In response, Iran will exert all efforts to put more obstacles before any future attempts to solve the crisis in three countries; Syria, Yemen and Lebanon.

But given the economical drain the country is facing, it does not seem that these efforts will have a serious impact since Iran is not the only player. Any delay of a solution in Syria will be tied to the role played by Russia as well. 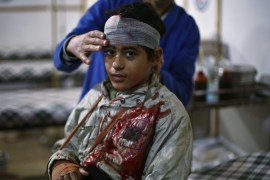 Riyadh says breaking of diplomatic ties with Tehran will not hamper efforts to resolve two of world’s most ruinous wars. 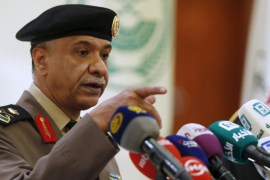