The United Nations has launched a fact-finding mission into new allegations that its peacekeepers sexually abused four underage girls in Bangui, the capital of the Central African Republic (CAR).

The UN mission in CAR, known as MINUSCA, said in a statement on Tuesday that it was “investigating fresh allegations concerning both sexual exploitation and abuse and other misconduct by UN Peacekeepers and international forces in Bangui”.

Stephane Dujarric, spokesman for the UN secretary-general, said that the four victims had been provided with medical and psychosocial care, but did not specify when the alleged abuse took place or how many peacekeepers were involved in the case.

He added, however, that the UN had asked the countries to immediately launch their own investigations – nations are responsible for holding their own troops accountable in such cases.

The new allegations follow a series of sexual abuse claims lodged against UN peacekeepers in CAR in 2015.

In December, an independent panel sharply criticised the UN response to claims of child abuse that allegedly took place in a centre for displaced people near Bangui airport between December 2013 and June 2014.

The panel’s report said that the UN had failed to properly vet peacekeepers for past abuses and needed to do more to protect children.

The latest allegations in CAR have prompted discussions over the establishment of a special police force to help patrol camps and other high-risk areas, the UN said.

Other measures announced include the establishment of a joint brigade Police-Force to identify SEA perpetrators as well as whistleblowers.

Earlier in 2015, the UN released a report documenting allegations of sex abuse in a number of countries in which peacekeepers had operated, including the Democratic Republic of Congo, Liberia, Haiti and South Sudan.

The report said 480 allegations of sexual exploitation and abuse had been made between 2008 and 2013, of which a third involved minors.

The UN mission to CAR is made up of 11,000 peacekeepers. There are also some 5,600 African Union (AU) peacekeepers and an additional 2,000 French troops in the country. 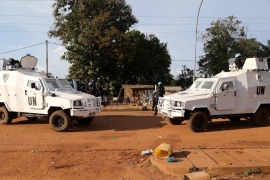 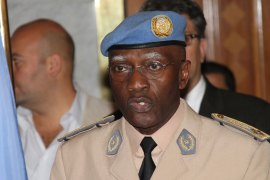