A massive gold-painted statue of Communist China’s founding father Mao Zedong has been erected in open countryside in the country’s central province of Henan.

Towering some 37 metres over empty fields, the statue shows Mao seated in thoughtful repose with his hands crossed.

Its construction was funded by several local entrepreneurs and finished in December after nine months of labour at a cost of three million yuan ($460,000), according to local media reports.

Mao, who ruled China for nearly three decades until his death in 1976, is still widely revered in the country, despite being blamed for millions of deaths. 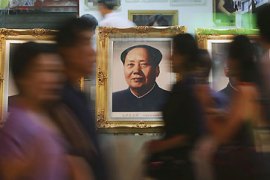 Timeline: China from Mao to now 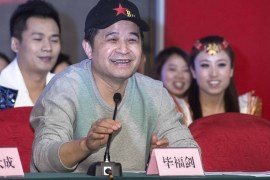 China TV star to be ‘severely’ punished for mocking Mao